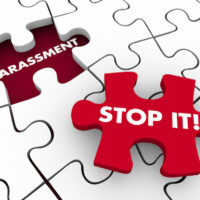 In a press release issued on October 16, 2019, the U.S. Equal Employment Opportunity Commission (EEOC) announced that it has filed a sexual harassment and retaliation lawsuit against NorVal Electric Cooperative, Inc. (NorVal). On October 16, 2019, the EEOC filed the case, U.S. Equal Employment Opportunity Commission v. NorVal Electric Cooperative, Inc., Case No. 4:19-cv-00071, in the U.S. District Court for Montana after initially attempting to reach a pre-litigation settlement through its statutorily mandated conciliation process.

The EEOC has brought the sexual harassment and retaliation lawsuit pursuant to Title VII of the Civil Rights Act of 1964 (Title VII) on behalf of an employee of NorVal, Shalaine Lawson (Lawson). Sexual harassment is a form of sex discrimination prohibited by Title VII. Sexual harassment which is sufficiently severe or pervasive to alter the conditions of the victim’s employment and create a hostile work environment violates Title VII. Title VII also protects employees from retaliation when they complain about perceived sexually harassing behavior in the workplace. In this article, our Ocala, Florida retaliation lawyers explain the EEOC’s allegations against NorVal.

In 2010, Lawson began working for NorVal as an accountant. In 2015, Lawson was promoted to office manager, a role in which she had the duties of Chief Financial Officer and reported directly to NuVal’s General Manager. Starting in May 2017, according to the EEOC, the General Manager began subjecting Lawson to unwanted sexual advances, physical touching, and sexual comments. The General Manager’s harassment culminated in October 2017 when he sexually propositioned Lawson while both were attending a conference. The General Manager suggested that they meet in his room, offered to give her a key to his room, and said they should go to his room separately.

The EEOC claims that the General Manager began to retaliate against Lawson for rejecting his sexual advances and threatening to report his sexual behavior to NuVal’s attorney. The EEOC alleges that the General Manager engaged in an escalating pattern of retaliatory acts, including subjecting Lawson to written disciplinary action, eliminating her job duties, threatening to fire her, preventing her from making an internal sexual harassment complaint, informing her that she was not allowed on company property, inciting hostility towards her among employees, and initiating her termination. The General Manager’s retaliatory harassment culminated in Lawson being suspended indefinitely. As a result of psychological injuries from the General Manager’s acts of sexual harassment and retaliation, Lawson was required to take a medical leave of absence.

The EEOC is the administrative agency of the United States responsible for interpreting and enforcing federal laws prohibiting employment discrimination, harassment, and retaliation. In enforcing the federal anti-discrimination laws, the EEOC is also authorized by federal law to bring lawsuits on behalf of victims of sexual harassment and retaliation. In a press release issued by the EEOC on October 16, 2019 regarding the case, a Senior EEOC Trial Attorney, Amos Blackman, explained that “this employee should not have to sacrifice a well-paying career to avoid sexual harassment and retaliation.” “Vigorously protecting workers from such hostility,” Mr. Blackman added, “is a priority for the EEOC.”

Based in Ocala, Florida and representing employees throughout Central Florida, our Ocala, Florida retaliation lawyers have almost two decades of experience representing employees who have been retaliated against for complaining about discrimination or harassment in the workplace. If you have been retaliated against for exercising your rights or have questions about your protection against retaliation under the federal anti-discrimination laws, please contact our office for a free consultation with our Ocala, Florida retaliation attorneys. Our employment law attorneys take retaliation cases on a contingency fee basis. This means that there are no attorney’s fees incurred unless there is a recovery and our attorney’s fees come solely from the monetary award that you recover.