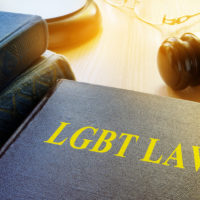 On September 28, 2018, the EEOC filed the lawsuit, EEOC v. Koelsch Senior Communities, LLC, Case No. 3:18-cv-5792, in the U.S. District Court for the Western District of Washington after initially attempting to reach a pre-litigation settlement through its statutorily mandated conciliation process. Koelsch provides assisted living and other care facilities for seniors. The EEOC has brought the same-sex sexual harassment lawsuit on behalf of Rebecca Flores (Flores), a former employee of Koelsch. In this article, our Citrus County, Florida sexual harassment lawyers explain the EEOC’s allegations against Koelsch.

In the lawsuit, the EEOC claims that Flores was subjected to hostile work environment sexual harassment by a female employee of Koelsch who held the position of Activities Director. According to the EEOC, the Activities Director’s unwelcome conduct of a sexual nature towards Flores began in June 2015 and included seeking foot messages from Flores, requesting that Flores “get on all fours” for a wrestling match, placing Flores in a choke hold, discussing intimate details of her marriage with Flores, and telling Flores that she wanted to “rub her butt.”

Despite Flores’ complaint to management, the EEOC contends that the Activities Director continued to sexually harass Flores. The Activities Director’s on-going sexual harassment included rubbing Flores’ breasts on the pretense of cleaning her blouse, joking about “butts,” and remarking that Flores could be a “pole dancer.” Consequently, Flores made another complaint to management about the Activities Director’s sexual behavior in January 2016. According to the EEOC, Koelsch again failed to take prompt remedial action to prevent the sexually harassing behavior from continuing. Because Koelsch failed to prevent the harassment from continuing, and “fearful of complaining further,” Flores resigned her employment on January 18, 2016.

The EEOC is the administrative agency of the United States responsible for interpreting and enforcing federal laws prohibiting employment discrimination, including hostile work environment sexual harassment. The EEOC is also authorized by federal law to bring lawsuits on behalf of victims of employment discrimination, including victims of same-sex sexual harassment. In a press release regarding the case, the EEOC Seattle Field Director, Nancy Sienko, stated that “[w]hether committed by a female or male against someone who is the same or opposite sex, the law is very clear—employers must take action to stop and prevent sexual harassment.” The EEOC Senior Trial Attorney, Carmen Flores, added that “[a]s we know all too well in the #MeToo era, employers who fail to investigate sexual harassment allegations or make excuses for ‘high value’ workers accused of sexual harassment do so at their own peril.”