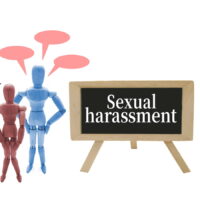 In a press release issued on October 1, 2019, the U.S. Equal Employment Opportunity Commission (EEOC) announced that it has filed a sexual harassment and retaliation lawsuit against El Sombrero of Vicksburg, Inc. (El Sombrero) pursuant to Title VII of the Civil Rights Act of 1964 (Title VII). Sexual harassment is a form of sex discrimination prohibited by Title VII. Title VII also protects employees from retaliation when they complain about perceived sexually harassing behavior in the workplace.

On September 30, 2019, the EEOC filed the sexual harassment and retaliation lawsuit, EEOC v. El Sombrero of Vicksburg, Inc. and Luis Angel, Case No. 3:19-cv-00698, in the U.S. District Court for the Southern District of Mississippi after initially attempting to reach a pre-litigation settlement through its statutorily mandated conciliation process. The EEOC has brought the sexual harassment and retaliation lawsuit on behalf of former employees of El Sombrero, Marisol Savinon Jiminez (Jiminez) and Amber Grammer (Grammer). The EEOC claims that Jiminez and Grammer were subjected to hostile work environment sexual harassment in violation of Title VII. The EEOC further claims that Jiminez and Grammar were fired in retaliation for having complained about the sexually harassing behavior. In this article, our Gainesville, Florida sexual harassment lawyers explain the EEOC’s allegations against El Sombrero.

Jiminez worked as a busser at El Sombrero’s restaurant in Byram, Mississippi. Grammar worked as a hostess as El Sombrero’s restaurant in Vicksburg, Mississippi. The EEOC alleges that Jiminez and Grammar were subjected to a sustained campaign of unwanted sexually harassing behavior from co-workers and supervisors. The sexual hostile work environment harassment included, according to the EEOC, sexual advances, offers of money in exchange for sexual favors, and inappropriate touching. The EEOC alleges that El Sombrero did not have a policy prohibiting sexual harassment or a complaint procedure for employees to report sexual harassment.

In addition to failing to provide a workplace free from sexual harassment, the EEOC claims that El Sombrero retaliated against Grammer for complaining about sexual harassment. The EEOC alleges that when Grammer complained to her manager that she did not feel comfortable working around a co-worker who had sexually assaulted her, the manager told Grammer that it would be easier if she would just do her job and ignore the sexual assault. After refusing to change Grammer’s schedule to prevent her from working with the perpetrator, El Sombrero suspended and then terminated Grammer. The EEOC further claims that El Sombrero fired Jiminez because she complained about the sexual harassing behavior she experienced in the workplace.

The EEOC is the administrative agency of the United States responsible for interpreting and enforcing federal laws prohibiting employment discrimination, harassment, and retaliation. In enforcing the federal civil rights laws, the EEOC is also authorized by federal law to bring lawsuits on behalf of victims of sexual harassment and retaliation. In a press release issued by the EEOC on October 1, 2019 regarding the case, a Regional Attorney for the EEOC’s Birmingham District Office, Marsha Rucker, stated that “El Sombrero fostered a highly sexualized environment where supervisors and line-employees alike subjected female employees to severe or pervasive harassment.” In commenting on the case, the Director of the EEOC’s Birmingham District Office, Bradley Anderson, stated that the “EEOC is committed to ensuring employees feel free to report discrimination and will aggressively pursue remedies for victims of sexual harassment in the workplace.”