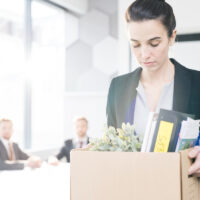 In a press release issued on June 1, 2020, the U.S. Equal Employment Opportunity Commission (EEOC) announced that it has entered into a Consent Decree to settle a disability discrimination lawsuit against Black Forest Décor, LLC (BFD). On September 25, 2019, the EEOC filed the disability discrimination lawsuit, U.S. Equal Employment Opportunity Commission v. Black Forest Décor, LLC,Case No. 5:19-cv-00894, in the U.S. District Court for the Western District of Oklahoma after initially trying to address the alleged unlawful employment practices through its conciliation process. Unable to reach an acceptable conciliation agreement, the EEOC moved forward with trying to remedy the alleged unlawful employment practices through litigation. In the Consent Decree, which was signed by U.S. District Court Judge Scott L. Palk on June 1, 2020, BFD agreed to pay $55,000 to resolve the disability discrimination lawsuit.

The EEOC filed the disability discrimination lawsuit pursuant to the Americans with Disabilities Act (ADA), as amended by the ADA Amendment Act of 2008, on behalf of a former employee of BFD, Barbara Berry (Berry). The ADA protects job applicants and employees from discrimination on the basis of disability. The ADA also requires employers to reasonably accommodate disabled employees. The EEOC contends that BFD violated the ADA by firing Berry because of her disability. In this article, our Marion County, Florida wrongful discharge lawyers explain the EEOC’s allegations against BFD.

BFD is an internet retailor specializing in cabin décor. Berry was employed by BDF as a shipping/receiving clerk at BFD’s warehouse in Enid, Oklahoma. On February 5, 2018, Berry notified her supervisor, a woman named Johnson, that her doctor believed she needed gallbladder surgery, but that it was not certain and that she had a release to return to work on February 6, 2018. Johnson instructed Berry not to report to work until she conferred with human resources about Berry’s medical condition. Later that day, Johnson informed Berry that she had spoken to human resources, and that Berry had been placed on unpaid leave until her surgery because the company did not want to be liable if anything happened to Berry while working. Although BFD placed Berry on unpaid leave, the company did not request to see Berry’s medical release to return to work or ask Berry to provide any medical records concerning her medical condition.

While Berry was on unpaid leave, BFD hired a temporary worker to perform Berry’s job duties. On February 9, 2018, Berry was examined by a doctor who determined that Berry was suffering from numerous gallstones in her gallbladder. Berry was then scheduled for gallbladder removal surgery to take place on March 12, 2018. Berry obtained a letter from her doctor dated February 14, 2018 which authorized her to work full duty without any restrictions as of that day.

On February 14, 2018, Berry notified BFD that she was suffering from gallbladder-related medical issues for which she would need a brief period of time off from work for surgery and recovery beginning on March 12, 2018, but was otherwise not medically restricted from working. The EEOC contends that Berry’s medical condition of gallstones constitutes a disability for purposes of the ADA because it substantially limited Berry in the major life activities of sleeping, eating, and concentrating, and substantially limited the operation of her digestive functions and gallbladder.

On March 1, 2018, Berry received a letter from BFD terminating her employment for allegedly having exhausted the unpaid leave of absence she had been granted, and because she was ineligible for any additional leave of absences under federal law or company policy. At the time of her termination, according to the EEOC, Berry had accrued sufficient leave to cover the disability-related absences she required. The March 1, 2018 termination letter was the first and only communication from BFD to Berry since February 5, 2018 when Johnson informed Berry that she was being placed on unpaid leaving until her surgery.

The EEOC is the administrative agency of the United States responsible for interpreting and enforcing federal labor laws prohibiting employment discrimination, harassment, and retaliation. In endeavoring to comply with its Congressional mandate of eliminating unlawful employment discrimination, the EEOC is granted the authority under federal law to file lawsuits on behalf of wrongful discharge victims. In a press release issued by the EEOC on June 1, 2020 regarding the case, a regional attorney for the EEOC’s St. Louis District Office, Jack Vasquez, Jr., explained that “where an employee with a disability is willing and able to work safely, an employer must treat her the same as it would any other employee who is likewise willing and able to work.” In further commenting on the case, Mr. Vasquez stated that “forcing an employee with a disability to take unpaid leave based on fear and speculation—and then firing her for using that leave—violates the ADA as well as common sense, logic, and basic fairness.”