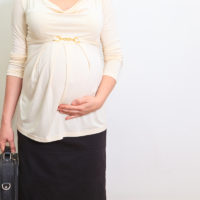 The U.S. Equal Employment Opportunity Commission (EEOC) recently announced that it has filed a pregnancy discrimination lawsuit against Rainbow USA, Inc. (Rainbow USA) pursuant to the PDA. On September 27, 2018, the EEOC filed the lawsuit, EEOC v. Rainbow USA, Inc., Case No. 2:18-cv-9007, in the U.S. District Court for the Eastern District of Louisiana after initially attempting to reach a pre-litigation settlement through its statutorily mandated conciliation process.

The EEOC has brought the pregnancy discrimination lawsuit against a former employee of Rainbow USA, Shenethiea Brazil (Brazil). The EEOC claims that Rainbow USA violated the PDA by firing Brazil shortly after learning that she was pregnant. In this article, our Marion County, Florida employment discrimination lawyers explain the EEOC’s allegations against Rainbow USA.

Rainbow USA is a specialty apparel chain. In 2008, Brazil began working as a sales associate at Rainbow USA’s store in Chalmette, Louisiana. In 2017, Brazil, who was then working as a junior assistant manager, became pregnant. In late April 2017, Brazil submitted a doctor’s note to her store manager which indicated that medical restrictions and reasonable accommodations were needed to due to Brazil’s pregnancy. On May 3, 2017, Rainbow USA’s district manager suspended Brazil indefinitely and informed Brazil that she needed to have the restrictions related to her pregnancy lifted to remain employed or she would be terminated immediately.

On May 3, 2017, the district manager also gave Brazil Family Medical Leave Act (FMLA) paperwork and asked her to sign it. Brazil did not sign the FMLA paperwork. Brazil, according to the EEOC, did not request to go on leave and did not need to go on leave because of her pregnancy. On May 5, 2017, Rainbow USA provided Brazil with a letter stating that she had been on a leave of absence since May 3, 2017, that she was ineligible for FMLA leave, and that the company was actively seeking a replacement for her position. The letter further stated that if Brazil was unable to return to work before a replacement was found, the company would consider her application for rehire.

The EEOC is the administrative agency of the United States responsible for interpreting and enforcing federal laws forbidding employment discrimination. In enforcing the federal anti-discrimination laws, the EEOC is also authorized by federal law to bring lawsuits on behalf of victims of employment discrimination. In a press release issued by the EEOC regarding the case, the Regional Attorney for the EEOC’s Houston District Office, Rudy Sustaita, stated that “[t]his lawsuit reminds employers that [the PDA] protects the rights of pregnant workers to be free from discrimination in the workplace.” A trial attorney for the EEOC, Alexandra Navarre-Davis, added that “the EEOC will continue to work tirelessly towards its mission of eradicating discrimination in the workplace.”