EEOC Claims Employee Was Wrongfully Fired Because Of His Mental Disability 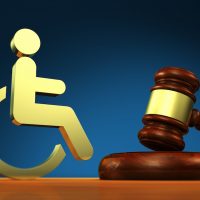 On September 2, 2021, the EEOC issued a press release announcing that it has filed a disability discrimination lawsuit against JDKD Enterprises, LP (JDKD), which conducts business as McDonald’s. On September 2, 2021, the EEOC filed the disability discrimination lawsuit, U.S. E.E.O.C. v. JDKD Enterprises, LP, Case No. 1:21-cv-16441, in the U.S. District Court for the District of New Jersey after initially endeavoring to remedy the alleged unlawful employment practices through its statutorily mandated conciliation program.

The EEOC has brought the disability discrimination lawsuit pursuant to the Americans with Disabilities Act (ADA), as amended by the ADA Amendment Act of 2008, on behalf of a former employee of JDKD, a man named Cardone (Cardone). Under the ADA, employers are prohibited from discriminating against employees with a physical or mental disability. When an employee is fired because of his or her disability, the employee has been wrongfully terminated in violation of the ADA. The ADA also mandates that employers reasonably accommodate employees with a physical or mental disability. Under the ADA, reasonable accommodations include job restructuring, part-time work, and reassignment to an available position.

The EEOC claims that JDKD discriminated Cardone in violation of the ADA by terminating him because of his disability and by not reasonably accommodating him if JDKD believed that he was in need of an accommodation.

Cardone’s employment with McDonald’s began in 1981. In 2008, Cardone began working as a grill cook at the McDonald’s located in Deptford, New Jersey. In March 2018, JDKD became the owner of the McDonald’s in Deptford. After JDKD assumed ownership, Cardone continued his employment with JDKD a a grill cook. Prior to JDKD taking over, Cardone had received numerous awards during his 37-year career with McDonald’s. The EEOC maintains that Cardone’s job performance “remained excellent” after JDKD assumed ownership of the Deptford McDonald’s.

In a press release issued on September 2, 2021 regarding the case, a regional attorney for the EEOC’s Philadelphia District Office, Debra M. Lawrence, noted that Cardone “received awards for excellent job performance during his 37-year career with McDonald’s.” “The only thing that changed,” Ms. Lawrence observed, “was new owners who acted based on his disability, not his demonstrated outstanding job performance.” “The purpose of the ADA,” Ms. Lawrence explained, “is to eliminate employment discrimination for people with disabilities who are qualified to do the job, and that is why we filed this lawsuit.”