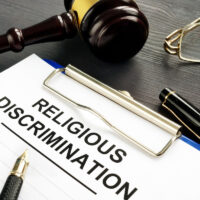 Pediatrics 2000 provides health cares services in New York City. In 2000, Baez, who is a Jehovah’s Witness, began working for Pediatrics 2000. The EEOC alleges that on multiple occasions throughout her employment, the owner of Pediatrics 2000 referred to Baez’s religion as a “cult.” In September 2018, the owner instructed Baez to plan a company party to be held in December. The owner repeatedly told her that he wanted her to attend the party and that it would not be a holiday party which would conflict with her religion. Pediatrics 2000, according to the EEOC, was aware that it would be a violation of Baez’s religious beliefs to attend a holiday party, such as a Christmas party, or attend a party which involved drinking or dancing.

While planning the party, it became increasingly clear to Baez that the event would have holiday-themed decorations and entertainment that would make it inappropriate for her to attend. For example, co-workers referred to the party as a holiday or Christmas party. The caterer also informed Baez that the owner had requested “crazy hour” dancers, who would wear sexy Carnival-type outfits and encourage everyone to dance. Several employees informed the company that they would not be able to attend the party for reasons unrelated to religion. Pediatrics 2000 had no objection and did not discipline these employees for declining the party invitation.

On December 4, 2018, Baez requested the reasonable accommodation of being excused from the company party. In response to Baez’s request for a religious accommodation, the owner denied her accommodation request and immediately terminated her employment, writing, “I really hope that you understand why this is your last day of employment . . . we can’t tolerate religious privileges from anyone.” The owner wrote to Baez the following day, “I am sick of all sectarian religious people . . . and politely ask them to stay away from me as long as I live . . . I have nothing to lose by staying away from anyone associate[d] with [J]ehova[h]’s [W]itnesses.”

The EEOC is the administrative agency of the United States responsible for interpreting and enforcing federal laws prohibiting employment discrimination. In enforcing the federal anti-discrimination laws, the EEOC is also authorized by federal law to bring lawsuits on behalf of victims of religious discrimination. In a press release issued by the EEOC on October 2, 2019 regarding the case, the Director for the EEOC’s New York District Office, Kevin Berry, stated that “[o]wners and others at the top of the corporate hierarchy are not above the requirements of Title VII, including that law’s protections against religious discrimination.”