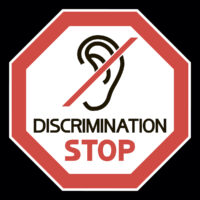 In a press release issued on December 31, 2020, the U.S. Equal Employment Opportunity Commission (EEOC) announced that it has filed a disability discrimination lawsuit against McLane/Eastern, Inc., d/b/a McLane Northeast (McLane). On December 30, 2020, the EEOC filed the lawsuit, U.S. Equal Employment Opportunity Commission v. McLane/Eastern, Inc., d/b/a McLane Northeast, Case No. 5:20-cv-01628, in the U.S. District Court for the Northern District of New York. Before initiating legal proceedings, the EEOC initially endeavored to resolve the case through voluntary conciliation efforts. Unable to reach an acceptable settlement through conciliation efforts, the EEOC elected to remedy the alleged unlawful discriminatory employment practices through litigation. In this article, our Ocala, Florida lawyers for employment discrimination victims explain the EEOC’s allegations of unlawful discriminatory employment practices against McLane.

The EEOC has filed the disability discrimination lawsuit under the Americans with Disabilities Act (ADA), as amended by the Americans with Disabilities Act Amendments Act of 2008 (ADAAA), on behalf of of an individual who applied for employment with McLane, Shelly Valentino (Valentino). In the ADAAA, Congress explained that the U.S. Supreme Court in a series of decisions had improperly restricted the broad scope of protection intended to be afforded by the ADA and consequently deprived many individuals from protection against disability discrimination whom Congress intended to protect.

The ADA makes it an unlawful employment practice for an employer to discriminate against a qualified individual on the basis of disability. The ADA’s protection against disability discrimination extends to all employees and applicants for employment. When an employer fails or refuses to hire an otherwise qualified individual on the basis of disability, the employer has committed an unlawful discriminatory employment practice under the ADA. The EEOC claims that McLane violated the ADA by failing to interview and failing to ultimately hire Valentino because of her disability.

McLane is a distribution company with a facility located outside of Baldwinsville, New York. Valentino qualifies for protection against disability discrimination under the ADA because she has an impairment—deafness–that substantially limits her in the major life activity of hearing. Valentino is able to communicate verbally in-person by speaking and reading the lips of the individual with whom she is speaking. On March 12, 2018, Valentino applied for the positions of Warehouse Selector II and Warehouse Selector IV with McLane. Valentino, the EEOC maintains, satisfied the requisite qualifications for each position.

On March 12, 2018, after reviewing her resume, McLane called Valentino to speak with her over the phone about her application. That same day, Valentino returned McLane’s call using a Telecommunications Relay Service (TRS), which uses an operator to facilitate telephone calls between individuals with hearing or speech disabilities. During the March 12, 2018 telephone call via TRS, Valentino typed what she wanted to say to an operator, who verbally relayed Valentino’s words to the call recipient. The operator typed the recipient’s words back to Valentino. During the March 12, 2018 telephone call via TRS, the operator explained how TRS worked to an employee in McLane’s Human Resources Department. Based on Valentino’s use of TRS, McLane became aware that Valentino has has hearing impairment.

The Human Resources employee represented that the individual with whom Valentino should speak was not available, but that Valentino would receive a return call or email. McLane never returned Valentino’s call, emailed her to request additional information, or interviewed Valentino for employment. Instead, the following day, McLane eliminated Valentino from further consideration and rejected her applications for employment. On March 22, 2018, Valentino reapplied for the positions of Warehouse Selector II and Warehouse Selector IV. McLane, according to the EEOC, rejected Valentino’s applications for these positions within hours of her applications.

The EEOC is the administrative agency of the United States responsible for interpreting and enforcing federal employment and labor laws making disability discrimination an unlawful discriminatory employment practice. In seeking to advance equal employment opportunity in the American workplace, the EEOC brings lawsuits on behalf of employment discrimination victims, including job applicants unlawfully denied employment.

In a press release issued by the EEOC on December 31, 2020 regarding the case, a regional attorney for the EEOC’s New York District Office, Jeffrey Burstein, explained that “the law requires that job applicants with disabilities receive the same opportunities as any other applicant to compete for a position.” “An employer cannot disqualify disabled employees,” Mr. Burstein added, “without even considering their qualifications for a job.” In commenting on the case, the Director of the EEOC’s New York District Office, Judy Keenan, stated that “this is the mission of the agency—equal employment opportunity.” “Everyone should have the opportunity to compete for employment on an equal playing field,” Ms. Keenan added, because “that is what the law requires.”