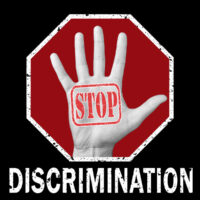 The EEOC claims that the three employees were subjected to hostile work environment harassment because of their national origin, Puerto Rican, and were unlawfully retaliated for complaining about the national origin harassment to which they were subjected. In this article, our Alachua County, Florida hostile work environment harassment lawyers explain the EEOC’s allegations against Service Caster.

Service Caster is one of the largest caster and wheel companies in North America. Sepulveda, Santana, and Perez were all employed by Service Caster as assemblers at its plant in West Reading, Pennsylvania. The EEOC claims that the three employees were subjected to unwanted harassment based on their national origin by the Plant Manager. The Plant Manager’s discriminatory harassment included subjecting them to offensive remarks about persons of Puerto Rican national origin, including: that they are “filthy,” drug-addicted welfare recipients; that they are “lazy” and do not like to work; that when they move into a community the devalue it and render it “bad” and “undesirable”; that they are worthless. The EEOC further claims that the Plant Manager’s discriminatory harassment against the three employees included subjecting them to suspension without pay, reduced hours, and denial of overtime.

Sepulveda, Santana, and Perez complained to the Plant Manager about his discriminatory harassment, telling the Plant Manager that they did not like what he was saying about their national origin and asked him to stop. The three employees also filed a charge of discrimination with the EEOC claiming national origin discrimination. The EEOC alleges that Service Caster retaliated against Sepulveda, Santana, and Perez for complaining about the hostile work environment harassment by excluding them from meetings, threatening them, and cutting their pay. Having subjected them to retaliatory harassment, the EEOC maintains, Service Caster ultimately fired the three employees in retaliation for complaining about the discriminatory harassment to which they were subjected.

The EEOC is the administrative agency of the United States responsible for interpreting and enforcing federal laws prohibiting employment discrimination, harassment, and retaliation. In enforcing the federal civil rights laws, the EEOC is also authorized by federal law to bring lawsuits on behalf of victims of hostile work environment harassment and retaliatory discharge. In a press release issued by the EEOC on October 16, 2019 regarding the case, the Director of the EEOC’s Philadelphia District Office, Jamie R. Williamson, stated that “employers have a responsibility to maintain an environment free of national origin [ ] harassment and retaliation.” In commenting on the case, a regional attorney for the EEOC, Debra Lawrence, explained that “this lawsuit should remind employers that they will be held accountable if they engage in discrimination or harassment based on national origin [ ], or if they punish workers who exercise their federal right to complain about such illegal misconduct.”