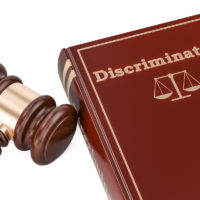 Having long fought for the rights of employees who have been retaliated against for complaining about employment discrimination or harassment, our Alachua County, Florida employment law attorneys have learned that employers do not limit their retaliatory acts to ultimate employment decisions, such as failure to promote, reduction in pay, or termination. Rather, employers often retaliate against employees who complain about employment discrimination or harassment by subjecting them to disciplinary action, an undeserved negative performance evaluation, an increased workload, or transfer to a less advantageous position.

On June 28, 2019, the EEOC announced that it has filed a retaliation lawsuit against Proctor Financial, Inc. (Proctor) pursuant to Title VII of the Civil Rights Act of 1964 (Title VII). Under Title VII, employees are protected from retaliation when they complain about perceived race discrimination in the workplace. On June 27, 2019, the EEOC filed the lawsuit, EEOC v. Alliance Proctor Financial, Inc., Case No. 2:19-cv-11911, in the U.S. District Court for the Eastern District of Michigan after initially attempting to reach a pre-litigation settlement through its statutorily mandated conciliation process. In this article, our Alachua County, Florida employment law attorneys explain the EEOC’s allegations against Proctor.

The EEOC has brought the retaliation lawsuit on behalf of an employee of Proctor, Angela Kellogg (Kellogg). Proctor, which is based in Troy, Michigan, provides insurance products for residential and commercial properties. In June 2016, Kellogg, who is African-American, filed a charge of discrimination complaining about race discrimination with the EEOC. During the EEOC’s investigation of the charge of discrimination, Kellogg was subjected to disciplinary action and suspended for three days. When she was suspended, Kellogg had worked for Proctor for eight years without being disciplined. According to the EEOC, Proctor did not discipline other employees who engaged in the same or similar behavior for which Kellogg was disciplined. Those employees, unlike Kellogg, had not complained about race discrimination.

The EEOC is the administrative agency of the United States responsible for interpreting and enforcing federal laws prohibiting employment discrimination, harassment, and retaliation. In enforcing the federal civil rights laws, the EEOC is also authorized by federal law to bring lawsuits on behalf of victims of employment discrimination, harassment, and retaliation. In a press release issued by the EEOC regarding the case, an EEOC Trial Attorney, Nedra Campbell, stated that “[d]isciplining an employee because she complained about race discrimination is a clear violation of the broad anti-retaliation provisions of federal civil rights laws.”

Based in Ocala, Florida and representing employees throughout Central Florida, we have represented employment discrimination, harassment, and retaliation victims in hundreds of cases before the EEOC. If you have been retaliated against for complaining about employment discrimination or have questions about the federal civil rights laws, please contact our office for a free consultation with our Alachua County, Florida employment law attorneys. Our employment and labor law attorneys take employment discrimination, harassment, and retaliation cases on a contingency fee basis. This means that there are no attorney’s fees incurred unless there is a recovery and our attorney’s fees come solely from the monetary award that you recover.