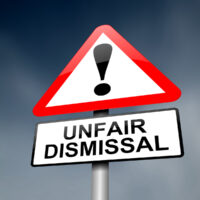 In a press release issued on October 9, 2019, the EEOC announced that it has filed a racial harassment and retaliation lawsuit against Bay County Professional Concrete, LLC (Bay County) pursuant to Title VII. On September 27, 2019, the EEOC filed the racial harassment and retaliation case, U.S. Equal Employment Opportunity Commission v. Bay County Professional Concrete, LLC, Case No. 1:19-cv-02846, in the U.S. District Court for the District of Maryland after initially attempting to reach a pre-litigation settlement through its statutorily mandated conciliation process. The EEOC has brought the racial harassment and retaliation lawsuit on behalf of a former employee of Bay County, Katherine Forsythe (Forsythe). In this article, our Gainesville, Florida unlawful discharge lawyers explain the EEOC’s allegations against Bay County.

In mid-August 2017, according to the EEOC, the owner used racial slurs during a staff meeting. With other employees present, Forsythe immediately complained to the owner about his use of racial slurs. The EEOC alleges that the owner told Forsythe that he would fire her if she ever complained to him again in front of other employees about his use of racist language. Following the meeting, the owner escalated his use of racist language. He continued to use racial slurs directed towards African-Americans and referred to the crews working under him as his “slaves.” The EEOC further claims that the owner retaliated against Forsythe because of her complaint during the meeting by assigning her tasks which were impossible to complete.

The owner continued to use racial slurs until Bay County terminated Forsythe’s employment on October 3, 2017. The EEOC claims that the owner’s use of racial slurs, even though Forsythe was not the target of the racial slurs, was sufficiently severe or pervasive to create a racial hostile work environment in violation of Title VII. The EEOC further claims that Bay County violated Title VII by firing Forsythe in retaliation for complaining about the owner’s use of racist language in the workplace.

The EEOC is the administrative agency of the United States responsible for interpreting and enforcing federal laws prohibiting employment discrimination, harassment, and retaliation. In enforcing the federal anti-discrimination laws, the EEOC is also authorized by federal law to bring lawsuits on behalf of victims of racial harassment and retaliatory discharge. In a press release issued by the EEOC on October 9, 2019 regarding the case, a Regional Attorney for the EEOC’s Philadelphia District Office, Jamie R. Williamson, explained that “[u]sing racial slurs in the workplace violates common decency and federal law.” “It is particularly repugnant,” Mr. Williamson explained, “when the owner of a company is the one engaging in the racial harassment.”

Based in Ocala, Florida and representing employees throughout Central Florida, our Gainesville, Florida unlawful termination lawyers have almost two decades of experience representing employment discrimination, harassment, and retaliation victims in cases before the EEOC. If you have been unlawfully fired or have questions about your protection against retaliation under the federal anti-discrimination laws, please contact our office for a free consultation with our Gainesville, Florida unlawful termination attorneys. Our employment law attorneys take unlawful termination cases on a contingency fee basis. This means that there are no attorney’s fees incurred unless there is a recovery and our attorney’s fees come solely from the monetary award that you recover.