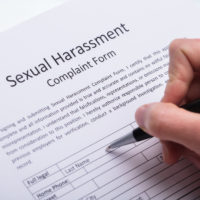 On June 13, 2019, the U.S. Equal Employment Opportunity Commission (EEOC) announced that it has filed a retaliation lawsuit against Hat World, Inc., d/b/a Lids (Lids) pursuant to Title VII of the Civil Rights Act of 1964 (Title VII). Under Title VII, employers are protected from retaliation when they complain about perceived sexually harassing behavior in the workplace. Title VII also protects employees from retaliation when they file a charge of discrimination with the EEOC. As explained by the U.S. Second Circuit Court of Appeals in McMenemy v. City of Rochester, 241 F.3d 279 (2d Cir. 2001), “the primary purpose” of Title VII’s anti-retaliation clause is to enable employees to have “unfettered access to Title VII’s remedial mechanisms.”

On June 13, 2019, the EEOC filed the lawsuit, U.S. Equal Employment Opportunity Commission v. Hat World, Inc., Case No. 2:19-cv-314, in the U.S. District Court for the Eastern District of Virginia after initially attempting to reach a pre-litigation settlement through its statutorily mandated conciliation process. The EEOC has brought the retaliation case on behalf of a former employee of Lids, Jalesa Staton (Staton). In this article, our Marion County, Florida retaliation lawyers explain the EEOC’s allegations against Lids.

The EEOC is the administrative agency of the United States responsible for interpreting and enforcing federal laws prohibiting employment discrimination and retaliation. The EEOC is also authorized by federal law to bring lawsuits on behalf of victims of employment discrimination and retaliation. In a press release issued by the EEOC regarding the case, a Regional Attorney for the EEOC, Lynette Barnes, stated that “[a] company’s ability to provide a work environment free of unlawful sexual harassment is absolutely dependent on its employees being able to report harassment or file an EEOC charge without hesitation.” “Every time an employee complaint,” Ms. Barnes added, “leads to discipline and discharge, the entire work environment is placed at risk.”

Based in Ocala, Florida and representing employees throughout Central Florida, we have represented employment discrimination and retaliation victims in hundreds of cases before the EEOC. If you have been retaliated against for complaining about an unlawful employment practice of an employer or have questions about the anti-retaliation laws enforced by the EEOC, please contact our office for a free consultation with our Marion County, Florida retaliation attorneys. Our employment and labor law attorneys take retaliation cases on a contingency fee basis. This means that there are no attorney’s fees incurred unless there is a recovery and our attorney’s fees come solely from the monetary award that you recover.