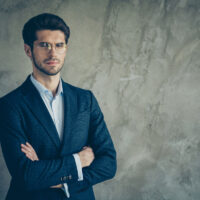 The EEOC has brought the sex discrimination lawsuit pursuant to Title VII of the Civil Rights Act of 1964 (Title VII) on behalf of Christoper Kilby (Kilby). Title VII makes it an unlawful employment practice for an employer to discriminate against any employee or applicant for employment on the basis of sex. The EEOC claims that Adam & Eve violated Title VII by refusing to hire Kilby for a sales associate position because of his sex. In this article, our Gainesville, Florida discrimination attorneys explain the EEOC’s allegations against Adam & Eve.

In early August 2017, Kilby inquired about employment opportunities at Adam & Eve’s store in Raleigh, North Carolina. A female student at the store told Kilby that the company was hiring two sales associates and to submit his resume to the store manager to apply. On August 27, 2017, Kilby submitted his resume in person. A week later, Kilby went to the store to check on the status of his employment application. Kilby spoke with a female employee about his application. The female employee stated that the company does not hire men for sales associate positions. She told Kilby that the company hires men for stocking floor positions only. Adam & Eve never contacted Kilby regarding his application and did not hire him. Within 90 days of the date on which Kilby submitted his application to work at the Raleigh store, Adam & Eve hired four sales associates at the Raleigh store, all of whom are female.