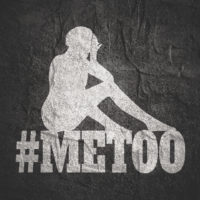 The U.S. Equal Employment Opportunity Commission (EEOC) recently announced that it has filed a sexual harassment lawsuit against Daisy Dukes & Boots Saloon (Daisy Dukes) pursuant to Title VII of the Civil Rights Act of 1964 (Title VII). Sexual harassment is a form of sex discrimination that is prohibited by Title VII. Sexual harassment which is sufficiently severe or pervasive to alter the conditions of the victim’s employment and create a hostile work environment violates Title VII.

On September 28, 2018, the EEOC filed the lawsuit, U.S. Equal Employment Opportunity Commission v. NAKI, d/b/a Daisy Dukes & Boots Saloon, Case No. 3:18-cv-667, in the U.S. District Court for the Eastern District of Virginia after initially attempting to reach a pre-litigation settlement through its statutorily mandated conciliation process. The EEOC has filed the sexual harassment lawsuit on behalf of a former employee of Daisy Dukes, Michelle Henard (Henard), and other employees who allegedly were subjected to hostile work environment sexual harassment. In this article, our Marion County, Florida sexual harassment lawyers explain the EEOC’s allegations against Daisy Dukes.

The EEOC further alleges that Daisy Dukes retaliated against Henard for complaining about sexual harassment by reducing her hours. On June 16 and 17, 2017, Henard and the Assistant Manager worked the same shifts. During each shift, the Assistant Manager reassigned Henard from working as a bartender to working as a server in the back area of the restaurant. Henard earned fewer tips working in the back area of the restaurant than she earned as a bartender. On June 18, 2017, Henard complained to the owner about having to work with the Assistant Manager. In response to her complaint, the owner told Henard that if she did not want to work with the Assistant Manager, she would be removed from four of the six shifts that she had previously been assigned to work. As a result of being removed from her previously scheduled shifts and having her hours reduced, Henard resigned her employment on June 19, 2017. By compelling her to quit because of the retaliatory reduction in hours, the EEOC claims that Daisy Dukes constructively discharged Henard in violation of Title VII.

Employees Are Protected From Sexual Abuse

The EEOC is the administrative agency of the United States responsible for interpreting and enforcing federal laws prohibiting employment discrimination, including hostile work environment sexual harassment. In enforcing the federal anti-discrimination laws, the EEOC is also authorized by federal law to bring lawsuits on behalf of victims of sexual harassment. In a press release issued by the EEOC regarding the case, the acting Regional Attorney for the EEOC’s Charlotte District Office, Kara G. Harden, explained that the “EEOC is committed to enforcing the law when employers tolerate this type of sexual harassment in the workplace.” Ms. Harden further stated that “[e]mployees should not be forced to tolerate sexual harassment in order to keep their jobs.”

Based in Ocala, Florida and representing employees throughout Central Florida, we have almost two decades of experience representing sexual harassment victims in cases before the EEOC. If you have been subjected to a sexually hostile work environment or have questions about an employer’s obligation to protect you from sexual harassment at work, please contact our office for a free consultation with our Marion County, Florida sexual harassment attorneys. Our employment and labor law attorneys take sexual harassment cases on a contingency fee basis. This means that there are no attorney’s fees incurred unless there is a recovery and our attorney’s fees come solely from the monetary award that you recover.