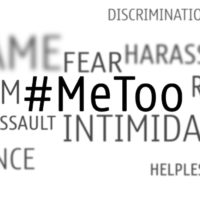 Having represented sexual harassment victims for nearly twenty years, our Marion County, Florida sexual harassment lawyers have learned that many company owners subject their employees to egregious sexual harassment. As they control the company and have virtually unchecked power within the company, many company owners mistakenly believe that the law does not apply to them. Under Title VII of the Civil Rights Act of 1964 (Title VII), employees are protected from sexual harassment by co-employees, supervisors, managers, owners, clients, and customers. When an employee is sexually harassed by a company owner, and the harassment is sufficiently severe or pervasive to alter the conditions of the victim’s employment and create a hostile work environment, the company is automatically or strictly liable for the owner’s sexually harassing behavior.

In a press release issued on July 10, 2019, the U.S. Equal Employment Opportunity Commission (EEOC) announced that it has filed a sexual harassment lawsuit against Birchez Associates, LLC (Birchez) and Rondout Properties Management, LLC pursuant to Title VII. On July 9, 2019, the EEOC filed the sexual harassment lawsuit, U.S. Equal Employment Opportunity Commission v. Birchez Associates, LLC and Rondout Properties Management, LLC., Case No. 1:19-cv-810, in the U.S. District Court for the Northern District of New York after initially attempting to reach a pre-litigation settlement through its statutorily mandated conciliation process. The EEOC has brought the sexual harassment lawsuit on behalf of a group of female employees of the companies. In this article, our Marion County, Florida sexual harassment lawyers explain the EEOC’s allegations against Birchez and Rondout.

Birchez and Rondout are housing development and property management companies based in Kingston, New York. The EEOC alleges that the owner of Birchez and Rondout subjected female employees to a sustained campaign of sexually harassing behavior. The EEOC claims that the owner’s unwanted conduct of a sexual nature towards the female employees included sexual advances, sexual remarks, sexual epithets, and remarks about their body. The owner’s offensive sexual conduct further included putting his hand down his pants and touching his genitals while speaking to female employees. The EEOC further alleges that the owner subjected one of the women to pornography on his cell phone on multiple occasions. The owner’s abusive behavior towards the female employees also included yelling at them and throwing objects at them.

The female employees complained to Birchez’s Chief Financial Officer about the owner’s unwanted sexually harassing behavior. Despite their complaints, according to the EEOC, the owner did not change his behavior and the companies failed to take remedial action to stop the sexual harassment. As a result of the sustained campaign of harassment, three of women were compelled to resign their employment. Thus, the EEOC maintains that the female employees were constructively discharged in violation of Title VII.

Sexual Harassment Is Against The Law

The EEOC is the administrative agency of the United States responsible for interpreting and enforcing federal laws prohibiting employment discrimination, harassment, and retaliation. In enforcing the federal civil rights laws, the EEOC is also authorized by federal law to bring lawsuits on behalf of victims of sexual harassment. In a press release issued by the EEOC regarding the case, a Regional Attorney for the EEOC’s New York District Office, Jeffrey Burstein, stated that “[e]mployees have a right to work in an environment free of sexual harassment.” “Sexual harassment is against the law,” Mr. Burstein added, and “it is past the day when employers can tolerate this type of conduct.” In commenting on the case, a trial attorney for the EEOC, Sebastian Riccardi, stated that “[i]t does not matter if it is the owner of the company who is the harasser” because “[n]obody is above the law.”

Based in Ocala, Florida and representing employees throughout Central Florida, we have almost two decades of experience representing sexual harassment victims in cases before the EEOC. If you have been subjected to a sexually hostile work environment or have questions about your protection against sexual harassment under the federal civil rights laws, please contact our office for a free consultation with our Marion County, Florida sexual harassment attorneys. Our employment and labor law attorneys take sexual harassment cases on a contingency fee basis.This means that there are no attorney’s fees incurred unless there is a recovery and our attorney’s fees come solely from the monetary award that you recover.