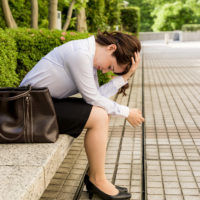 Having represented sexual harassment victims for almost twenty years, our Marion County, Florida sexual harassment attorneys have learned that sexual harassment victims are often compelled to quit because of the failure to employers to prevent the harassment from continuing. Under Title VII of the Civil Rights Act of 1964 (Title VII), when an employer makes an employee’s working conditions so unpleasant or difficult that the employee is forced to resign, the employer’s conduct may amount to a constructive discharge. Under the constructive discharge doctrine, an employee’s reasonable decision to resign because of unendurable working conditions is equated to a formal termination for remedial purposes. In other words, it’s just like the employer fired the employee and the employee is entitled to lost pay just like he or she had been fired.

In a press release issued on May 20, 2019, the U.S. Equal Employment Opportunity Commission (EEOC) announced that it has filed a sexual harassment lawsuit pursuant to Title VII against GRK Fresh Greek (GRK). On May 20, 2019, the EEOC filed the lawsuit, U.S. Equal Employment Opportunity Commission v. GRK Fresh Holdings, LLC, d/b/a GRK Fresh Greek, Case No. 1:19-cv-4614, in the U.S. District Court for the Southern District of New York after initially attempting to reach a pre-litigation settlement through its statutorily mandated conciliation process. The EEOC has filed the sexual harassment lawsuit on behalf of a former employee of GRK, Madison Binaso (Binaso). In this article, our Marion County, Florida sexual harassment lawyers explain the EEOC’s allegations against GRK.

GRK is a restaurant chain with four stores in New York City. In September 2017, Binaso began working for GRK as a General Manager at one of its restaurants. The EEOC claims that Binaso was sexually harassed by GRK’s District Manager. The EEOC alleges that the District Manager’s unwanted sexually harassing behavior towards Binaso included comments of a sexual nature, telling her she would make a successful stripper, and remarks about his desire to have sex with her mother. The EEOC further alleges that the District Manager sexually harassed other female employees, including brushing them with his crotch, touching their breasts and buttocks, hugging them, calling them “baby” and “beautiful,” commenting on their dress and physical appearance, discussing his sex life, and asking them about their sex life.

The EEOC claims that Binaso and other female employees repeatedly complained to the District Manager about his harassment, but he usually responded by laughing and continuing to harass them. The EEOC further alleges that employees complained to multiple managers about the District Manager’s harassment, but the harassment continued despite their complaints. The EEOC maintains that Binaso resigned because of GRK’s failure to take prompt and effective corrective action to stop the District Manager’s sexual harassment and protect her from an abusive work environment. Consequently, the EEOC contends that because GRK made Binaso’s working conditions so unpleasant or difficult that she was forced to resign, GRK constructively discharged Binaso in violation of Title VII.

The EEOC is the administrative agency of the United States responsible for interpreting and enforcing federal laws prohibiting employment discrimination, including sexual harassment. In enforcing the federal anti-discrimination laws, the EEOC is also authorized by federal law to bring lawsuits on behalf of victims of sexual harassment. In a press release issued by the EEOC regarding the case, the Director of the EEOC’s New York District Office, Kevin Berry, stated that “[a]n employee should not have to endure pervasive verbal and physical harassment simply to earn a living.” A Regional Attorney for the EEOC, Jeffery Burstein, added that the “EEOC stands ready to protect workers . . . from harassment if their employers fail to do so.”