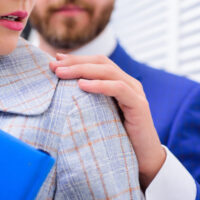 The EEOC is the administrative agency of the United States responsible for interpreting and enforcing federal laws prohibiting employment discrimination, including sexual harassment. In enforcing the federal civil rights laws, the EEOC is also authorized by federal law to bring lawsuits on behalf of sexual harassment victims. In a press release issued by the EEOC on November 7, 2019 regarding the case, a Senior Trial Attorney for the EEOC, Debra Smith, explained that “employers should take note [that] acts of harassment need not be committed in the workplace to have consequences there.” “If the conduct began or developed in the workplace,” Ms. Smith pointed out, employers “may be found liable unless [they] take prompt, appropriate, and effective action to address the harassment.”