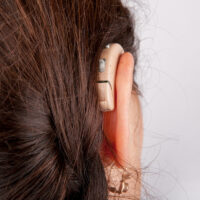 In a press release issued on October 18, 2019, the U.S. Equal Employment Opportunity Commission (EEOC) announced that it has filed a disability discrimination lawsuit against ASICS America Corporation (ASICS) pursuant to the Americans with Disabilities Act (ADA). The ADA prohibits employers from discriminating against employees on the basis of disability. Under the ADA, the term “disability” means a physical or mental impairment that substantially limits one or more major life activities of an individual. Major life activities include seeing, hearing, speaking, breathing, learning, communicating, interacting with others, and working.

On October 18, 2019, the EEOC filed the case, U.S. Equal Employment Opportunity Commission v. ASICS America Corporation, Case No. 3:19-cv-00227, in the U.S. District Court for the Northern District of Mississippi after initially attempting to reach a pre-litigation settlement through its statutorily mandated conciliation process. The EEOC has brought the disability discrimination lawsuit on behalf of a former employee of ASICS, Shelby Orsburn (Orsburn). The EEOC claims that ASICS violated the ADA by firing Orsburn because of her disabilities. In this article, our Citrus County, Florida employment discrimination lawyers explain the EEOC’s allegations against ASICS.

Employer Rips Up Employees Plea For Her Job

Once inside the office, Orsburn attempted to ask in writing if something was wrong. Orsburn also tried to write on paper why she should remain as an employee in the distribution center. Orsburn further tried to provide a written explanation regarding her ability to perform the duties of the position because she had worked in similar positions in the past. Lay removed the papers from Orsburn’s hands and ripped them up. During the meeting, human resources personnel told Orsburn that the company could not employ persons with hearing impairments. Human resources personnel then terminated Orsburn’s employment by telling her to retrieve her belongings from her locker and go home.

The EEOC further claims that ASICS violated the ADA by failing to engage in an interactive process with Orsburn to determine whether it could provide her with a reasonable accommodation that would enable Orsburn to perform the essential functions of her position and continue working for ASICS. Instead of engaging in an interactive process to determine whether a reasonable accommodation would enable Orsburn to continue working, ASICS “insisted that Orsburn leave the facility.” When Orsburn “continued to protest,” according to the EEOC, ASICS directed security to remove her from the premises.

The EEOC is the administrative agency of the United States responsible for interpreting and enforcing federal laws prohibiting employment discrimination. In enforcing the federal anti-discrimination laws, the EEOC is also authorized by federal law to bring lawsuits on behalf of victims of disability discrimination. In a press release issued by the EEOC on October 18, 2019 regarding the case, the Director for the EEOC’s Memphis District Office, Delner Franklin-Thomas, stated that “[f]ailing to engage in the interactive process with a disabled employee is illegal.” The “EEOC will continue to hold employers accountable,” Mr. Franklin-Thomas added, “for failing to protect employees from unlawful discrimination.”