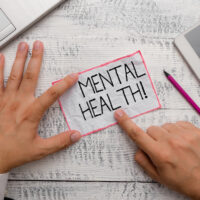 Discrimination Based On Psychiatric Disability

Under its regulations enforcing the ADA, the U.S. Equal Employment Opportunity Commission (EEOC) defines “mental impairment” to include any mental or psychological disorder, such as emotional or mental illness. Examples of emotional or mental illnesses included major depression, bipolar disorder, anxiety disorders, obsessive compulsive disorder, post-traumatic stress disorder, schizophrenia, and personality disorders. A recent disability discrimination case filed by the EEOC demonstrates that psychiatric conditions can qualify as a disability under the ADA and that the ADA protects employees from discrimination based on a psychiatric disability.

G & A is a professional employer organization that provides human resources services for its corporate clients. In January 2018, Dorman was hired by G & A as a marketing content specialist. On January 9, 2018, the very first day of her employment, Dorman informed her supervisor that she has the mental impairments of major depressive disorder (MDD) and attention deficit hyperactivity disorder (ADHD). Dorman also informed her supervisor that certain accommodations, including telework and use of fidget spinner, might be necessary or desirable to help her perform the essential functions of her position. The following morning, Dorman was fired.  The EEOC claims that Dorman’s psychiatric conditions of MDD and ADHD constitute psychiatric disabilities under the ADA and that G & A violated the ADA by firing Dorman because of her psychiatric disabilities.

The EEOC is the administrative agency of the United States responsible for interpreting and enforcing federal laws prohibiting employment discrimination. In enforcing the federal anti-discrimination laws, the EEOC is also authorized by federal law to bring lawsuits on behalf of victims of disability discrimination. In a press release issued by the EEOC on October 10, 2019 regarding the case, the Director for the EEOC’s Houston District Office, Rayford O. Irvin, stated that “[a]n employee must be safe from termination when honestly disclosing disabilities to a new employer and discussing possible accommodations.” “Employees with mental impairments, such as those physical impairments,” Mr. Irvin added, “cannot be deprived of equal opportunities in the workplace afforded to all Americans.”

Based in Ocala, Florida and representing employees throughout Central Florida, our Gainesville, Florida wrongful termination attorneys have almost twenty years of experience representing employment discrimination victims in cases before the EEOC. If you have been wrongfully terminated or have questions about your rights under the ADA, please contact our office for a free consultation with our Gainesville, Florida wrongful termination lawyers. Our employment and labor law attorneys take wrongful termination cases on a contingency fee basis. This means that there are no attorney’s fees incurred unless there is a recovery and our attorney’s fees come solely from the monetary award that you recover.