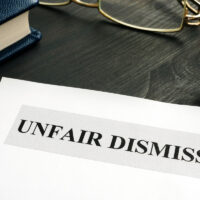 In a press release issued on August 17, 2020, the U.S. Equal Employment Opportunity Commission (EEOC) announced that it has filed a disability discrimination lawsuit against K & L Auto Crushers, LLC (K & L). On August 16, 2020, the EEOC filed the lawsuit, U.S. Equal Employment Opportunity Commission v. K & L Auto Crushers, LLC, Case No. 6:120-cv-01455, in the U.S. District Court for the Eastern District of Texas after initially trying to settle the case through conciliation. Unable to reach a settlement through conciliation, the EEOC then elected to address the alleged unlawful employment practices by filing the lawsuit.

The EEOC has filed the disability discrimination lawsuit pursuant to the Americans with Disabilities Act (ADA) on behalf of a former employee of K & L, Claudia Vestal (Vestal). The ADA forbids discrimination against employees on the basis of disability. The ADA further mandates that employers provide reasonable accommodations for disabled employees. The EEOC claims that K & L violated the ADA by failing to accommodate Vestal’s disability and by firing Vestal because of her disability. In this article, our Marion County, Florida wrongful termination lawyers explain the EEOC’s allegations of disability discrimination against K & L.

In July 2017, Vestal was hired by K & L as a Controller. In December 2018, Vestal was diagnosed with lung cancer. The EEOC maintains that Vestal’s lung cancer constitutes a disability within the meaning of the ADA. That same month, Vestal informed K & L’s owner of her diagnosis. Later that same month, Vestal also informed the owner that her doctor estimated that she would undergo four to six rounds of chemotherapy and that she would be finished with chemotherapy in April 2019. Vestal and the owner initially agreed that Vestal would be paid on an hourly basis rather than on a salary basis once her treatment began, and that she could modify her schedule to work on an as-tolerated basis when she felt well enough to come to the office.

On January 17, 2019, the owner told Vestal that the company was getting temporary help in the office so that Vestal could finish treatment. The owner asked Vestal to let her know when she would be able to return to work on a regular basis. Vestal communicated with the owner about her health status on eight separate occasions from January 17, 2019 through February 6, 2019. On February 6, 2019, Vestal sent the owner a text message with another update on her health and cancer treatment. In this message, Vestal told the owner that she was starting chemotherapy again the following week, but that her doctor said she could come to work on Monday.

K & L, according to the EEOC, alleges that it fired Vestal on February 6, 2019. However, Vestal continued to communicate regularly with the owner about her health and treatment status through text messages in February, March, and April. At no point during this time was Vestal notified that her employment had been terminated. On May 7, 2019, Vestal informed the owner in text messages that she was finished with chemotherapy. Vestal also asked the owner when she was available to talk about her return to work. The owner did not respond. On May 18, 2019, Vestal received a letter from K & L, which was signed by the owner, informing her that the company did not have a position available for her. The letter further stated that K & L had filled Vestal’s position because of the extended time she was unable to perform any work for the company.

The EEOC is the administrative agency of the United States responsible for interpreting and enforcing federal employment laws prohibiting discrimination, including disability discrimination. As the administrative agency charged with enforcing the federal employment laws, the EEOC also has the authority to file lawsuits on behalf of employees who have been wrongfully terminated in violation of the federal employment laws. In a press release issued by the EEOC on August 17, 2020 regarding the case, a senior trial attorney for the EEOC, Meaghan Kuelbs, observed that “this controller was a hardworking, loyal employee who sought multiple avenues to continue working during her illness and chemotherapy treatment.” “Employers should fairly consider an employee’s accommodation request,” Ms. Kuelbs explained, “and deny an accommodation only if it would create undue hardship.”

Based in Ocala, Florida and representing employees throughout Central Florida, our Marion County, Florida wrongful termination lawyers have dedicated their practice to representing employees and vindicating employees’ rights. If you have been wrongfully terminated or have questions about your employee rights under the federal employment laws, please contact our office for a free consultation with our Ocala, Florida wrongful termination lawyers. Our employee rights law firm takes wrongful termination cases on a contingency fee basis. This means that there are no attorney’s fees incurred unless there is a recovery and our attorney’s fees come solely from the monetary award that you recover.