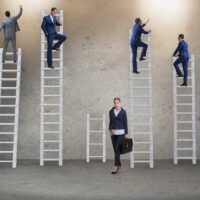 On December 16, 2020, the U.S. Equal Employment Opportunity Commission (EEOC) issued a press release announcing that it has entered into a Consent Decree resolving a gender discrimination lawsuit against Performance Food Group, Inc. (PFG). On June 13, 2013, the EEOC filed the case, U.S. Equal Employment Opportunity Commission v. Performance Food Group, Inc., Case No. 1:13-cv-01712, in the U.S. District Court for the District of Maryland. Before initiating the case, the EEOC initially tried to reach a pre-litigation settlement through its voluntary conciliation process. Conciliation efforts having failed, the EEOC exercised its statutory right to remedy the alleged unlawful discriminatory practices by filing the lawsuit.

In the Consent Decree, which was approved by U.S. District Court Judge Catherine C. Blake on December 16, 2020, PFG agreed to pay $5,000,000 to the class of female applicants who were not hired and $75,000 to the female worker who was not promoted. In this article, our Ocala, Florida lawyers for gender discrimination victims explain the EEOC’s allegations of unlawful gender discrimination against PFG.

PFG is a national marketer and distributor of food products. The EEOC alleges that, since at least July 2004, PFG has maintained a standard operating procedure of discriminating against women in its hiring of operatives at its facilities throughout the U.S. This discriminatory standard operating procedure, according to the EEOC, emanates from PFG’s top management and, in particular, PFG’s Corporate and Regional Vice Presidents. PFG’s operative positions at PFG’s facilities include: receiving clerk; yard jockey; driver; forklift operator; dispatcher; meat cutter; meat packer; transportation supervisor; and warehouse supervisor.

During an Operational Meeting in 2006, the EEOC claims that PFG’s Corporate Senior Vice President of Operations (Corporate VP) informed managers that from his observation and experience, women cannot do warehouse work and questioned “why would we waste our time bringing in females?” In November 2006, the EEOC alleges, the Corporate VP and the Northeast Regional Vice President of Operations expressed their displeasure with the hiring of female employees during a tour of PFG’s facility in Maryland, stating how they would slow down the operation and how it would be a good idea to get the females “out of here.” In January 2007, the EEOC contends, the Corporate VP instructed a Night Watch Manager at PFG’s facility in Maryland to fire a female employee and questioned why they continued to “hire these girls.”

The EEOC maintains that the Corporate VP’s comments regarding female employees constituted a directive to managers to favor men and discriminate against women in hiring. The EEOC asserts that PFG’s view that women were not cut out for warehouse work was expressed at PFG’s corporate headquarters and permeated throughout PFG’s facilities. For example, the Vice President of Human Resources at PFG’s facility in Virginia stated in January 2007 that women could not do warehouse work and that PFG would not hire them. In addition, the Vice President of Operations at PFG’s facility in Illinois instructed the Warehouse Manager “not to waste his time interviewing or hiring females for warehouse work as they didn’t work out.” The Vice President of Operations at that same facility also told the Warehouse Manager that women in the warehouse “were a distraction” and “couldn’t do the job.”

In 2008, the EEOC alleges, one of PFG’s hiring managers at its facility in Arkansas told a warehouse worker applicant that PFG “did not feel safe with women in the warehouse, did not want women working in the warehouse, that the work was too strenuous, women didn’t last, they had child care issues.” When she applied, the job applicant had approximately seven years of warehouse experience. The job applicant heard nothing further from PFG regarding her application. After another job applicant applicant applied for a driver position at PFG’s facility in Texas, she was informed by a warehouse selector that she should not bother applying at PFG since the company “would not hire female drivers.” When a Transportation Supervisor at PFG’s facility in New Jersey expressed an interest in being promoted to Warehouse Supervisor, she was told that it would be “useless and non-productive for her to apply” because the job was not for her and she could get “hurt as a girl.”

The EEOC is the administrative agency of the United States responsible for interpreting and enforcing federal employment and labor laws making gender discrimination an unlawful employment practice. As part of its enforcement of the federal employment and labor laws, the EEOC brings lawsuits on behalf of employment discrimination victims, including gender discrimination victims. In a press release issued by the EEOC on December 16, 2020 regarding the case, the EEOC’s Assistant General Counsel, Maria Salacuse, explained that “women continue to be excluded from traditionally male-dominated industries and occupations based on misconceived and outdated notions about their abilities.” “The EEOC will continue to pursue class-wide litigation,” Ms. Salacuse added, “to eliminate discriminatory barriers that women face in the workplace—especially in the hiring process.”