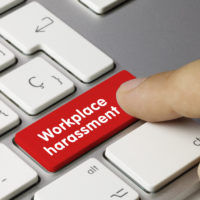 In January 2016, Martinez began working at Porta Bella as a line cook. Beginning in February 2016, according to the EEOC, a kitchen manager and a cook began subjecting Martinez to unwelcome physical touching by groping his genitals and buttocks. In February 2016 and April 2016, Martinez complained to his supervisor about the harassment. In response to his complaints, Martinez’s supervisor told him to “just ignore them” and then later said “it’s all just in good fun.” In April 2016, Martinez complained to the owners of Porta Bella that he was being inappropriately physically grabbed. One of the owners responded to the complaint by telling Martinez “they only play.”

Because Porta Bella failed to take prompt and effective corrective action to prevent the harassment from continuing despite Martinez’s complaints, the EEOC claims that Porta Bella created intolerable working conditions for Martinez. The EEOC further claims that Martinez’s working conditions were so intolerable that he was compelled to resign his employment on July 31, 2016. Thus, the EEOC maintains that Martinez was constructively discharged in violation of Title VII.

The EEOC is the administrative agency of the United States responsible for interpreting and enforcing federal laws prohibiting employment discrimination. In enforcing the federal anti-discrimination laws, the EEOC is also authorized by federal law to bring lawsuits on behalf of victims of sexual harassment. In a press release issued by the EEOC regarding the case, the Director for the EEOC’s San Jose Office, Rosa Salazar, stated that “[e]mployers must protect their workers from sexual harassment and sexual abuse, no matter whether filed by a male or female employee.” Although Martinez notified management about the sexual harassment, Mr. Salazar added, his employer “failed to take prompt, effective action as federal law requires it to do.”