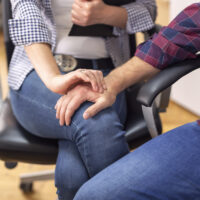 James Mitsubishi is an automotive dealership in Hamburg, New York. From February 2018 until June 2018, Sealy worked at James Mitsubishi as a billing specialist. Throughout her employment, according to the EEOC, Sealy was subjected to a sustained campaign of sexually harassing behavior by the dealership’s General Manager.

Employee Forced To Quit Due To Sexual Harassment

Despite upper management’s knowledge that Sealy was being sexually harassed by the General Manager, the EEOC contends that James Mitsubishi “failed to stop the harassment.” The “unceasing” sexual harassment became so intolerable, the EEOC maintains, that Sealy could not go to work any longer and was forced to quit in June 2018. The EEOC claims that because James Mitsubishi failed to take any corrective action “to address and end the harassment” to which Sealy was subjected, Sealy was compelled to resign in order to escape the hostile work environment.

The EEOC is the administrative agency of the United States charged with interpreting and enforcing federal labor laws prohibiting sexual harassment. In enforcing the federal labor laws, the EEOC is also authorized by federal law to bring lawsuits against employers who have created and maintained a sexual hostile work environment. In a press release issued on June 24, 2020 regarding the case, a regional attorney for the EEOC’s New York District Office, Jeffrey Burstein, that “employers who are aware of sexual harassment have a legal obligation to quickly end it.” “The EEOC will continue to take legal action against businesses,” Mr. Burstein added, “who fail to protect their employees from unlawful harassment.”