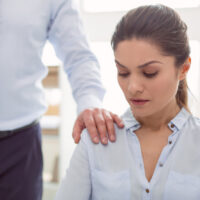 In a press release issued on September 30, 2020, the U.S. Equal Employment Opportunity Commission (EEOC) announced that it has filed a sexual harassment and retaliation lawsuit against Liberty Events, LLC, d/b/a Liberty Warehouse (Liberty Warehouse). On September 28, 2020, the EEOC filed the case, U.S. Equal Employment Opportunity Commission v. Liberty Events, LLC, d/b/a Liberty Warehouse, Case No. 20-cv-4631, in the U.S. District Court for the Eastern District of New York. Before commencing legal proceedings, the EEOC initially attempted to resolve through its statutorily mandated conciliation process. Conciliation efforts having filed to resolve the case, the EEOC exercised its statutory right to address the alleged unlawful employment practices by filing the lawsuit. In this article, our Marion County, Florida attorneys for sexual harassment explain the EEOC’s allegations against Liberty Warehouse.

From 2015 through December 2018, according to the EEOC, Lucero was subjected to a campaign of unwanted sexually harassing behavior by the Head Chef. The EEOC alleges that the Head Chef’s unwelcome sexual conduct towards Lucero included messaging her shoulders, grabbing her thigh, sexual remarks, and calling her into work for the apparent purpose of spending time alone with her. The EEOC further alleges that the Head Chef subjected Lucero to quid pro quo sexual harassment in the form of demanding sexual favors. The EEOC contends that Head Chef would say that Lucero had to be “nice” to him or “behave the same way towards me as I’m behaving towards you” because he had given her extra hours, or, on one occasion a raise. Lucero understood that these were requests for sexual favors because of the Head Chef’s facial expression and tone of voice, and because when she responded that she would not sleep with him, he did not deny that was his intent.

The EEOC further alleges that the Head Chef retaliated against Lucero for rejecting his demands for sexual favors. Because of Lucero’s refusal to submit to his sexual demands, according to the EEOC, the Head Chef withheld money she had earned or won, cut her hours, and refused to give her a year-end bonus check. The EEOC contends that the Head Chef’s retaliation against Lucero for refusing to submit to his sexual demands culminated in her termination on December 23, 2018, when he stopped scheduling her to work at all. The Head Chef, the EEOC alleges, told Lucero that he could reinstate her immediately if she returned the favor and was “nice” to him, or, he said, it could be weeks or months before she worked again.

The EEOC is the administrative agency of the United States responsible for interpreting and enforcing federal laws forbidding discrimination, harassment, and retaliation in the workplace. As part of its administrative enforcement of the federal employment discrimination laws, the EEOC has the statutory authority to file lawsuits on behalf of employees who have been subjected to unlawful employment practices, including employees who have been required to work in a sexually hostile work environment. In a press release issued by the EEOC on September 30, 2020 regarding the case, a regional attorney for the EEOC’s New York District Office, Jeffrey Burstein, explained that “for years, while wedding guests were upstairs celebrating, Liberty Warehouse’s chef was downstairs sexually harassing the female staff.” In further commenting on the case, Mr. Burstein stated that “sexual harassment in the food service industry is a known problem that the EEOC is tackling.”