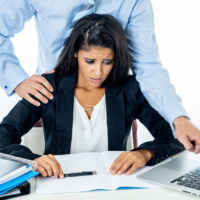 On August 18, 2020, the U.S. Equal Employment Opportunity Commission (EEOC) announced that it has entered into a Consent Decree to settle a sexual harassment and retaliation lawsuit against Sol Mexican Grill, LLC and Sol Mexican Grill Two, LLC (Sol Mexican Grill), which own and operate several restaurants in Washington, D.C. On September 26, 2018, the EEOC filed the lawsuit, U.S. Equal Employment Opportunity Commission v. Sol Mexican Grill, LLC and Sol Mexican Grill Two, LLC,Case No. 1:18-cv-2227, in the U.S. District Court for the District of Columbia after first trying to settle the case through its lawfully required conciliation process. Unable to resolve the case through conciliation, the EEOC endeavored to remedy the alleged unlawful employment practices by filing the lawsuit. In the Consent Decree, which was signed by U.S. District Court Judge Colleen Kollar-Kotelly on August 17, 2020, Sol Mexican Grill agreed to pay $50,000 to resolve the sexual harassment and retaliation case.

Cruz-Gomez and Leiva both worked as food prepares at Sol Mexican Grill’s restaurant in Washington, D.C. The EEOC claims that Cruz-Gomez and Leiva toiled in a wretchedly hostile work environment because of the unrelenting sexually harassing behavior they endured from the restaurant’s Manager.

The EEOC alleges that shortly after she was hired in April 2016, Cruz-Gomez was subjected to a sustained campaign of sexually harassing behavior by the restaurant’s Manager. The EEOC contends that the Manager’s sexual behavior towards Cruz-Gomez included offering to pay her in exchange for sex, slapping her buttocks, and touching her breasts. Throughout her employment, according to the EEOC, Cruz-Gomez repeatedly complained about the Manager’s unwanted sexual behavior to a co-owner of Sol Mexican Grill. The co-owner told Cruz-Gomez that the Manager was “just being a man,” that his actions “were not a big deal,” and that if she did not like it she “could leave.” In June 2017, Cruz-Gomez told the co-owner that she was going to make a police report against the Manager. Approximately two weeks after she threatened to report the Manager to the police, Cruz-Gomez was fired.

The EEOC further claims that shortly after she was hired in September 2016, Leiva was subjected to a continuous pattern of sexual harassment by the restaurant’s Manager. The Manager’s unwanted sexual behavior towards Leiva included offering to pay her in exchange for sex, telling her that he fires women who refuse to sleep with him, and texting her pictures of his genitalia. After Leiva rejected his sexual advances, the Manager removed her from the schedule. Leiva complained to another management-level employee that the Manager had removed her from the schedule because she refused to sleep with him. The management-level employee told Leiva to “ignore” the Manager. In April 2017, Leiva was re-assigned to work on the company’s food trucks. In May 2017, the co-owner told Leiva that she was no longer needed because the Manager was taking over her duties.

The EEOC is the administrative agency of the United States responsible for interpreting and enforcing federal civil rights laws prohibiting discrimination, harassment, and retaliation. In connection with its mandate to enforce the federal civil rights laws, Congress has also authorized the EEOC to file lawsuits on behalf of sexual harassment and retaliation victims. In a press release issued by the EEOC on August 18, 2020 regarding the case, the acting Washington Field Office Director, Mindy Weinstein, explained that “low-wage restaurant workers are too often victims of sexual harassment.” “These workers, and their employers,” Ms. Weinstein added, “all benefit from implementing policies and procedures to prevent and address harassment.” In commenting on the case, a regional attorney for the EEOC’s Philadelphia District Office, Debra Lawrence, stated that “several lawsuits in recent years addressing sexual harassment in the restaurant industry have been resolved through consent decrees that have compensated the victims and put safeguards in place to prevent harassment.”