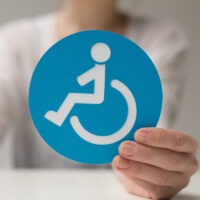 On July 29, 2020, the U.S. Equal Employment Opportunity Commission (EEOC) announced that it has entered into a Consent Decree to settle a disability discrimination lawsuit against UPS Ground Freight, Inc. (UPS). In 2017, the EEOC filed the lawsuit, U.S. Equal Employment Opportunity Commission v. UPS Ground Freight, Inc.,Case No. 3:17-cv-02453, in the U.S. District Court for the District of Kansas after first attempting to resolve the case through its lawfully mandated conciliation process. Unable to settle the case through its conciliation efforts, the EEOC exercised its statutory right to address the alleged unlawful employment practices by filing the lawsuit. In the Consent Decree, which was signed by U.S. District Court Judge Julie A. Robinson on July 28, 2020, UPS agreed to pay $75,000 to resolve the disability discrimination lawsuit.

The EEOC filed the disability discrimination lawsuit pursuant to the Americans with Disabilities Act (ADA) on behalf of an employee of UPS, Thomas Diebold (Diebold). Under the ADA, employers are forbidden from discriminating against employees on the basis of disability. The ADA also requires employers to reasonably accommodate disabled employees. The EEOC claims that UPS discriminated against Diebold because of his disability in violation of the ADA. In this article, our Marion County, Florida employee rights lawyers explain the EEOC’s allegations of disability discrimination against UPS.

In May 2013, Diebold participated in a phone call with UPS management and local union officials and was told that he could start working as a dock worker that month. Other UPS employees who were unable to work as road drivers because of non-medical issues, such as being convicted of driving while intoxicated, were allowed to work as dock workers. Later that same month, and before he was allowed to start working as a dock worker, UPS told Diebold that “the deal fell through” and not to report as scheduled. UPS then asked Diebold to prove that he was physically qualified to work on the dock.

Disabled Employee Treated Worse Than Others

Despite his objections, Diebold provided UPS with a doctor’s note stating that he could perform all of the essential functions of dock work. UPS still did not allow him to begin work on the dock. Consequently, Diebold filed a union grievance. In August 2013 and early December 2013, UPS proposed a resolution to the union, offering to reassign Diebold as a part-time causal dock worker at a rate of $22.35 per hour, less than the full dock worker pay of $25.55 and less than the rate paid to those who were unable to work as road drivers because of convictions for driving while intoxicated. Diebold did not accept the offer.

On December 31, 2013, Diebold had a physical and renewed his medical examiner’s certificate. Diebold returned to work as a road driver on January 14, 2014. Diebold retired from UPS in August 2015. The EEOC claims that by allowing employees who were unable to work as road drivers because of DUI convictions to work as dock workers, but refusing to allow Diebold who was unable to work as a road driver because of his disability to work as a dock worker, UPS treated Diebold differently and less favorably from non-disabled employees. In treating Diebold differently and less favorably than non-disabled employees, the EEOC contends, UPS discriminated against Diebold on the basis of his disability in violation of the ADA.

The EEOC is the administrative agency of the United States responsible for interpreting and enforcing federal civil rights laws prohibiting discrimination in the workplace, including disability discrimination. As part of its enforcement of the federal civil rights laws, Congress has also authorized the EEOC to bring lawsuits on behalf of employees who have been discriminated against on the basis of disability. In a press release issued by the EEOC on July 29, 2020 regarding the case, a regional attorney for the EEOC’s St. Louis District Office, Andrea G. Baran, explained that “employers need to know that disparate treatment of qualified, disabled workers—whether because of company policy or a collective bargaining agreement—is prohibited by the ADA.” In commenting on the case, the Director of the EEOC’s St. Louis District Office, L. Jack Vasquez, stated that “workplace policies that discriminate against qualified individuals with disabilities are unlawful and bad business.”