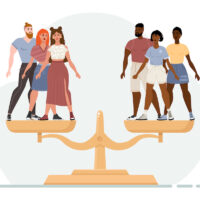 The EEOC maintains that the racial abuse endured by African-American employees included a steady barrage of racial slurs in the workplace. The EEOC contends that employees at Cardinal Health’s warehouse, including supervisors and managers, used racial slurs on a daily basis. The EEOC further contends that African-American employees were subjected to racially derogatory graffiti. Since at least December 2016, according to the EEOC, the restrooms at Cardinal Health’s warehouse have been defaced with racially derogatory graffiti, including racial slurs and physical threats.

The EEOC is the administrative agency of the federal government responsible for interpreting and enforcing the federal employment laws prohibiting discrimination, harassment, and retaliation. As part of its efforts to preserve and protect the rights of employment discrimination victims, the EEOC files lawsuits in federal court on behalf of employees subjected to unlawful discriminatory employment practices, including racial harassment.

In a press release issued by the EEOC on July 9, 2021, regarding the case, a regional attorney for the EEOC’s Los Angeles District Office, Anna Park, observed that the “EEOC has seen an increase in race harassment allegations across industries and localities.” In commenting on the case, the Director of the EEOC’s Los Angeles District Office, Rosa Viramontes, explained that “employers and staffing agencies need to understand that both entities bear the responsibility to address and correct harassment and retaliation in the workplace.” “Employees should not have to choose between their livelihoods,” Ms. Viramontes added, “and the detrimental effects that race harassment can have on them.”