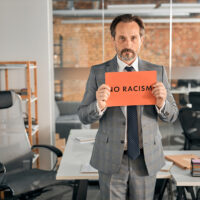 In a press release issued on November 12, 2020, the U.S. Equal Employment Opportunity Commission (EEOC) announced that it has entered into a Consent Decree settling resolving a racial discrimination and retaliation lawsuit against Sikorsky Aircraft Corporation, d/b/a Sikorsky Global Helicopters (Sikorsky). On September 30, 2019, the EEOC filed the case, U.S. Equal Employment Opportunity Commission v. Sikorsky Aircraft Corporation, d/b/a Sikorsky Global Helicopters, Case No. 2:19-cv-04514, in the U.S. District Court for the Eastern District of Pennsylvania Before commencing the lawsuit, the EEOC endeavored to reach a pre-litigation settlement with Sikorsky through its voluntary conciliation process. Unable to resolve the case through voluntary conciliation efforts, the EEOC filed the lawsuit in order to remedy the alleged discriminatory employment practices.

In the Consent Decree, which was approved by U.S. District Court Judge Petrese B. Tucker on November 12, 2020, Sikorsky agreed to pay $107,500 to resolve the racial discrimination and retaliation lawsuit. In this article, our Ocala, Florida lawyers for racial discrimination victims explain the EEOC’s allegations of unlawful discriminatory employment practices against Sikorsky.

Shortly after they were hired, according to the EEOC, Williams and Gayton were subjected to racial harassment by co-workers in the Prep and Paint Department. The alleged racial hostile work environment harassment included racially-based derogatory remarks, racial slurs, racially inflammatory pictures, and referring to African-Americans as “you people.” Gayton also learned that her co-workers had painted swastikas on the fuselage of a helicopter. The EEOC alleges that Williams and Gayton complained about the racial abuse to their day shift supervisor of the Prep and Paint Department. The EEOC contends that despite the complaints by Williams and Gayton, neither the shift supervisor nor the human resources department took any action to prevent the racial harassment from continuing.

The EEOC is the administrative agency of the United States responsible for interpreting and enforcing federal employment and labor laws making racial discrimination an unlawful employment practice. As part of its Congressional mandate to eliminate discriminatory employment practices from the American workplace, the EEOC files lawsuits on behalf of employment discrimination victims, including racial discrimination victims. In a press release issued by the EEOC on November 12, 2020 regarding the case, the Director of the EEOC’s Philadelphia District Office, Jamie R. Williamson, stated that “we encourage all employers to engage in proactive prevention to ensure that employees are not subjected to unlawful harassment, discrimination, or retaliation.”