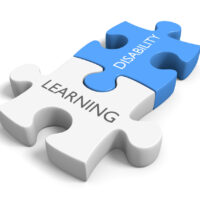 In a press release issued on November 15, 2019, the U.S. Equal Employment Opportunity Commission (EEOC) announced that it has entered into a Consent Decree to settle a disability discrimination lawsuit against Adecco USA, Inc. (Adecco). On August 28, 2018, the EEOC filed the case, U.S. Equal Employment Opportunity Commission v. Adecco USA, Inc., Case No. 1:18-cv-00250, in the U.S. District Court for the Western District of Pennsylvania after initially attempting to reach a pre-litigation settlement through its statutorily mandated conciliation process.

The EEOC filed the disability discrimination lawsuit pursuant to the Americans with Disabilities Act (ADA) on behalf of Terry Young (Young). The ADA protects employees and job applicants from discrimination on the basis of disability. Under the ADA, individuals who suffer from any mental or psychological disorder, such as an intellectual disability, emotional or mental illness, and specific learning disabilities, are disabled within the meaning of the ADA and, thus, protected from disability discrimination by the ADA. The EEOC claims that Adecco violated the ADA by refusing to hire Young because of his disability. In this article, our Inverness, Florida employment discrimination lawyers explain the EEOC’s allegations against Adecco and the Consent Decree.

On April 27, 2016, Young went to Adecco’s office in Corry, Pennsylvania to apply for a position working at a production facility in Waterford, Pennsylvania. Adecco required Young to take several tests that day as part of its application process, including a mathematics test and a behavioral-assessment test. Before beginning the tests, Young asked Adecco’s representative, a man named Clayton, if there was reading on the tests and told Clayton that he has difficulty with reading comprehension. Clayton informed Young that there was reading on the tests. Young then asked Clayton if someone could read the tests to him. Clayton told Young that Adecco personnel would not read the tests to him.

Job Applicant Told He Was “Too Slow”

The EEOC is the administrative agency of the United States responsible for interpreting and enforcing federal laws prohibiting employment discrimination. In enforcing the federal anti-discrimination laws, the EEOC is also authorized by federal law to bring lawsuits on behalf of victims of disability discrimination. In a press release issued by the EEOC on November 15, 2019 regarding the case, a regional attorney for the EEOC, Debra Lawrence, stated that “just like the rest of the workforce, workers with learning and other mental disabilities provide valuable contributions to their employers and to our national economy, and those workers have a legal right to do so free from discrimination.”