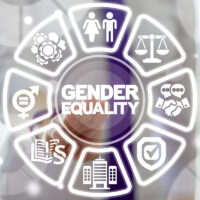 In a press release issued on December 11, 2019, the U.S. Equal Employment Opportunity Commission (EEOC) announced that it has entered into a Consent Decree to settle a gender discrimination case against Honold Enterprises, Inc., d/b/a Burgers & Beer (Burgers & Beer). On August 28, 2019, the EEOC filed the case, U.S. Equal Employment Opportunity Commission v. Honold Enterprises, Inc., d/b/a Burgers & Beer, Case No. 3:18-cv-02014, in the U.S. District Court for the Southern District of California after initially attempting to reach a pre-litigation settlement through its statutorily mandated conciliation process.

The EEOC brought the gender discrimination lawsuit pursuant to Title VII of the Civil Rights Act of 1964 (Title VII) on behalf of an employee of Burgers & Beer, Nickolas Madrid (Madrid). Under Title VII, it is an unlawful employment practice for employers to discriminate against employees and job applicants on the basis of gender. The EEOC claims that Burgers & Beer violated Title VII by refusing to promote Madrid to a server position because of his gender. The EEOC further claims that Burgers & Beer violated Title VII by engaging in a pattern or practice of hiring predominately females over males for server positions. In this article, our Alachua County, Florida employment discrimination attorneys explain the EEOC’s allegations Burgers & Beer and the Consent Decree.

Burgers & Beer is a restaurant chain based in Southern California. In April 2015, Madrid began working at Burger & Beer’s restaurant in Temecula, California as a busser. In August 2015, Madrid was told by a manager that he would be promoted to a server position and was given a food test and server tools. The following day, Madrid turned in his test, but was told that the offer had been rescinded because the owners only wanted female servers like at Hooters or Tilted Kilt.

Another male employee came to the Temecula restaurant with his girlfriend before it opened in 2015 and applied for a job. Neither had any prior experience as a server. As the male applicant was filling out the application, he was told to put down any position besides server on the application because those were for women only. The male applicant was hired as a busser and his girlfriend was hired as a server. When the male employee later asked about server positions, he was told that those positions were only for women. In 2016, according to the EEOC, 91.7%, or 132 out of 144, of the servers working for Burgers & Beer in California were female.

The EEOC is the administrative agency of the United States responsible for interpreting and enforcing federal laws prohibiting employment discrimination, including gender discrimination. In enforcing the federal anti-discrimination laws, the EEOC is also authorized by federal law to bring lawsuits on behalf of victims of gender discrimination. In a press release issued by the EEOC on December 11, 2019 regarding the case, a Regional Attorney for the EEOC, Anna Park, stated that “there is never any justification for denying jobs to an entire gender of people.” In commenting on the case, the Director of the EEOC’s San Diego office, Christopher Green, explained that “supposed customer preference is no excuse for discriminatory behavior.”