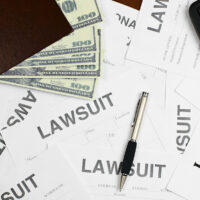 In a press release issued on March 3, 2020, the U.S. Equal Employment Opportunity Commission (EEOC) announced that it has entered into a Consent Decree to settle a national origin discrimination and retaliation lawsuit against Porous Materials, Inc. (Porous). On September 13, 2018, the EEOC filed the lawsuit, U.S. Equal Employment Opportunity Commission v. Porous Materials, Inc., Case No. 3:18-cv-01099, in the U.S. District Court for the Northern District of New York after initially attempting to reach a pre-litigation settlement through its statutorily mandated conciliation process. In the Consent Decree, which was signed by U.S. District Court Judge David M. Hurd on March 2, 2020, Porous agreed to pay $93,000 to resolve the lawsuit.

Porous is a manufacturer of testing equipment for porous materials, with its main facility in Ithaca, New York. Howard, who was born in France, was employed by Porous as a laboratory technician. In this position, Howard was supervised by the plant manager at the Ithaca facility where she worked. The EEOC claims that the plant manager subjected Howard and other foreign-born employees to harassment because of their national origin.

The EEOC alleges that the plant manager routinely made xenophobic comments to foreign-born employees, such as asking foreign-born employees why “you guys” take American jobs, stating that the hated or was “sick” of immigrants, and remarking that immigrants did not speak English and were taking over America. The plant manager also told employees born in other countries to “go back” to the countries in which they were born. On one occasion, the plant manager told an employee of Indian national origin that he could not wear a backpack on a work-related errand because he would be mistaken for a terrorist. The EEOC further claims that the plant manager repeatedly yelled at employees for speaking non-English languages, even while on break from work, and told them not to speak other languages because “we’re in America.”

The EEOC is the administrative agency of the United States responsible for interpreting and enforcing federal laws prohibiting employment discrimination, harassment, and retaliation. In enforcing the federal civil rights laws, the EEOC is also authorized by federal law to bring lawsuits on behalf of employees who have been discriminated against based on their national origin. In a press release issued by the EEOC regarding the case, the Acting Director for the EEOC’s New York District Office, Judy Keenan, explained that “retaliating against employees who complain about harassment has a chilling effect and hurts future harassment victims.” “The EEOC will vigorously enforce the federal laws,” Ms. Keenan added, “that prohibit such misconduct.”