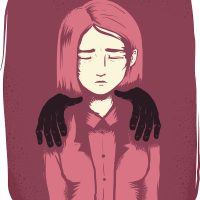 Shelley’s Septic is a septic tank cleaning company based in Orlando, Florida. Shelley’s Septic is owned by a man named Shelley. In February 2017, Colon began working for Shelley’s Septic as a truck driver. Throughout his employment, according to the EEOC, Colon was subjected to unwanted sexually harassing behavior by Shelley. The unwelcome sexual behavior by Shelley towards Colon included sexual comments, sexual propositions, physical touching, and blowing kisses. Colon repeatedly objected to the sexual behavior, telling Shelley not to do that and to stop. Despite Colon’s opposition, the EEOC claims that Shelley’s harassment continued unabated.

Because Shelley’s Septic did not have a sexual harassment policy or a human resources department, Colon made a complaint on May 4, 2018 to the Orange County Sheriff’s Office regarding the unwanted sexually harassing behavior by Shelley. That same day, two sheriff deputies interviewed Shelley regarding Colon’s sexual harassment allegations. During the interview, Shelley repeatedly stated that he planned to take action against the employee who made the police report. The deputies, according to the EEOC, warned Shelley not to retaliate against the employee who made the police report. On May 8, 2018, the first day Colon came to work after his complaint to the Orange County Sheriff’s Office, Colon attempted to begin his workday when he was stopped by Shelley. Shelley then terminated Colon’s employment by informing him that he was no longer working for him at Shelley’s.

In a press release issued on November 21, 2021 regarding the case, a regional attorney for the EEOC’s Miami District Office, Robert E. Weisberg, explained that “sexually harassing employees violates federal law no matter the gender of the victim or the harasser.” In commenting on the case, the Director of the EEOC’s Miami District Office, Paul Valenti, stated that this Consent Decree “sends a strong message to businesses and business owners that failing to prevent and address sex harassment against employees, especially when perpetrated by management, will have serious consequences.”