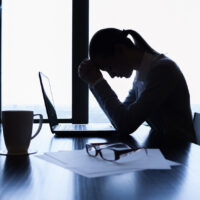 In a press release issued on November 11, 2020, the U.S. Equal Employment Opportunity Commission (EEOC) announced that it has entered into a Consent Decree settling a disability discrimination and retaliation lawsuit filed against KS Aviation, Inc., d/b/a Sierra Academy of Aeronautics (Sierra Academy). On May 31, 2018, the EEOC filed the case, U.S. Equal Employment Opportunity Commission v. KS Aviation, Inc., d/b/a Sierra Academy of Aeronautics, Case No. 1:18-cv-00744, in the U.S. District Court for the Eastern District of California. Before commencing the lawsuit, the EEOC first attempted to reach a pre-litigation settlement through its statutorily required conciliation process. Unable to resolve the case through informal methods of conciliation, the EEOC moved forward with attempting to resolve the alleged discriminatory employment practices through litigation.

In the Consent Decree, which was signed by U.S. District Court Judge Dale A. Drozd on November 9, 2020, Sierra Academy agreed to pay $10,000 to resolve the disability discrimination and retaliation lawsuit. In this article, our Ocala Florida lawyers for unlawful discharge explain the EEOC’s allegations against Sierra Academy.

The EEOC has filed the disability discrimination and retaliation lawsuit pursuant to the Americans with Disabilities Act (ADA) on behalf of a former employee of Sierra Academy, Norma Garay (Garay). Under the ADA, discrimination against employees on the basis of disability is an unlawful employment practice. The ADA also mandates that employers reasonably accommodate disabled employees. Under the ADA’s anti-retaliation provision, employees are protected from retaliation when they request or otherwise secure a reasonable accommodation for their disability. When an employee is fired on the basis of disability or in retaliation for requesting a reasonable accommodation for his or her disability, the employee has been unlawfully discharged in violation of the ADA.

In November 2015, Garay began working for Sierra Academy as an accounting assistant in the accounting department. During her employment, Garay suffered from depression, which substantially impacted her major life activities, including her ability to think and work. The EEOC contends that Garay’s depression constitutes a disability within the meaning of the ADA. Garay requested medical leave due to her depression and a thyroid condition. Sierra Academy approved the requested leave of absence and Garay went on medical leave from April 1, 2016 until March 15, 2017. On March 15, 2017, Garay returned to work without any restrictions. On April 28, 2017, Sierra Academy fired Garay.

During its investigation of Garay’s EEOC charge of discrimination, Sierra Academy represented that Garay was fired due to financial difficulties, which prompted a company layoff. The EEOC claims that Sierra Academy’s proffered explanation for firing Garay was a pretext for unlawful discrimination and retaliation because neither Garay nor other employees in the accounting department were identified in the layoff plan. No other employee, according to the EEOC, outside of Garay was laid off for financial reasons in April 2017. The EEOC further alleges that despite firing Garay as part of an alleged company layoff due to financial difficulties, Sierra Academy retained the services of the employee who it had hired to replace Garay during her medical leave of absence. The EEOC also alleges that Sierra Academy hired additional employees in the accounting department around the same time as Garay’s termination.

The EEOC is the administrative agency of the United States responsible for interpreting and enforcing federal employment laws forbidding discrimination, harassment, and retaliation in the workplace. As part of its administrative enforcement of the federal employment laws, the EEOC has the statutory authority to file lawsuits on behalf of employees subjected to unlawful discriminatory employment practices, including victims of disability discrimination and retaliation. In a press release issued by the EEOC on November 11, 2020 regarding the case, the Director of the EEOC’s Fresno Local Office, Melissa Barrios, explained that “retaliation remains a pervasive issue in American workplaces.” In further commenting on the case, Ms. Barrios stated that “employees with disabilities cannot be retaliated against for simply needing accommodations to help them perform their work duties.”

Based in Ocala, Florida and representing employees throughout Central Florida, our Marion County, Florida unlawful discharge attorneys have dedicated their employment law practice to fighting for the rights of workers. If you have been unlawfully discharged or have questions about your rights as an unlawful discharge victim, please contact our office for a free consultation with our Ocala, Florida wrongful discharge lawyers. Our employment and labor law attorneys take unlawful discharge cases on a contingency fee basis. This means that there are no attorney’s fees incurred unless there is a recovery and our attorney’s fees come solely from the monetary award that you recover.