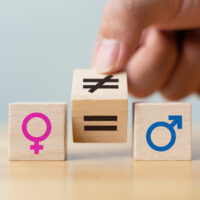 Having litigated employment discrimination cases in Florida courts for more than twenty years, our Marion County, Florida attorneys for employees know that the problem of sex-based pay wage discrimination persists in the American workplace. In 2017, as observed by the U.S. Ninth Circuit Court of Appeals in Rizzo v. Jim Yovino, Case No. 16-15372 (9th Cir. Feb. 27, 2020), “women on average earned 82% of men’s earnings.” Federal law prohibiting sex-based pay discrimination, as the U.S. Supreme Court explained in Corning Glass Works v. Brennan, 417 U.S. 188 (1974), was intended to address “the fact that the wage structure of many segments of American industry [had] been based on an ancient but outmoded belief that a man, because of his role in society, should be paid more than a woman even though his duties are the same.” In this article our Ocala, Florida lawyers for employees explain how a recent gender-based pay discrimination lawsuit brought by the U.S. Equal Employment Opportunity Commission (EEOC) illustrates the protection afforded by the federal employment laws to women when they are paid less than men for comparable work.

In a press release issued on March 18, 2021, the EEOC announced that it has entered into a Consent Decree with First Metropolitan Services, Inc. (First Metro) to settle a sex-based pay discrimination lawsuit. On September 18, 2018, the EEOC filed the lawsuit, U.S. Equal Employment Opportunity Commission v. First Metropolitan Services, Inc., Case No. 1:18-cv-00177, in the U.S. District Court for the Northern District of Mississippi. In the Consent Decree, which was endorsed by U.S. District Court Judge Sharion Aycock on March 17, 2021, First Metro agreed to pay $100,000 to resolve the sex-based pay discrimination lawsuit.

The EEOC filed the sex-based pay discrimination lawsuit under Title VII of the Civil Rights Act of 1964 (Title VII) on behalf of a former employee of First Metro, Emily Smith (Smith). Under Title VII, employers are forbidden from discriminating against employees on the basis of sex. Title VII prohibits discrimination because of sex with respect to all aspects of employment, including hiring, pay, promotion, and termination. To establish a case of sex-based pay discrimination, an employee must demonstrate, in pertinent part, that she performs a job that is similar to that of a higher paid employee of the opposite sex. In assessing the similarity of jobs, courts look to whether the jobs involve similar duties, requires similar skill, effort, and responsibility, and involve similar working conditions. The EEOC claims that First Metro violated Title VII by paying Smith less money than males for performing substantially equal work in the exact same position.

In December 2014, Smith was transferred to First Metro’s branch in Fulton, Mississippi and was given a base pay increase to $39,000. Unknown to Smith, First Metro hired a male, Pearson, in 2008 as branch manager at its Batesville, Mississippi branch at a base salary of $48,000. As branch manager of the Fulton branch, the EEOC contends, Smith performed substantially similar work as Pearson. In December 2016, First Metro hired a male, Caygle, as branch manager at its Tupelo branch with a base salary of $48,000. Smith learned of the pay disparity when Caygle inadvertently faxed his new hire paperwork to the Fulton branch office where Smith worked as branch manager.

Ultimately, Smith resigned her employment with First Metro on February 24, 2018. At no time prior to Smith’s resignation, according to the EEOC, did First Metro adjust Smith’s base salary to address the pay disparity between her salary and that of male branch managers.

The EEOC, which is an administrative agency of the federal government, is responsible for interpreting and enforcing the federal employment laws prohibiting discrimination, harassment, and retaliation. As part of its statutory mission of promoting equal pay for equal work, the EEOC files lawsuits on behalf of employees victimized by sex-based pay discrimination.

In a press release issued by the EEOC on March 18, 2021 regarding the case, a regional attorney for the EEOC’s Memphis District Office, Faye Williams, stated that the “EEOC remains committed to ensuring that employers do not take advantage of women based on inferior negotiating positions or their status as wives or mothers.” In commenting on the case, the Director of the EEOC’s Memphis District Office, Edmond Sims, explained that this case “sends a clear message to employers that men and women deserve equal pay for equal work.”

Attorneys For Employees In Ocala, FL

Based in Ocala, Florida and representing employees throughout Central Florida, our Marion County, Florida lawyers for employees have been in the trenches fighting for the rights of Florida employees for more than twenty years. If you have experienced discrimination at work or have questions about your rights under the federal employment laws as a discrimination victim, please contact our office for a free consultation with our Ocala, Florida attorneys for employees. Our employment and labor law attorneys take employment discrimination cases on a contingency fee basis. This means that there are no attorney’s fees incurred unless there is a recovery and our attorney’s fees come solely from the monetary award that you recover.