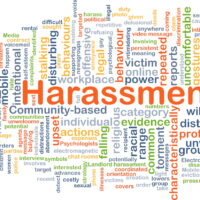 In a press release issued on October 28, 2019, the U.S. Equal Employment Opportunity Commission (EEOC) announced that it has entered into a Consent Decree to settle a racial harassment and retaliation lawsuit against Eagle United Truck Wash, LLC (Eagle Truck Wash). On September 21, 2019, the EEOC filed the racial harassment and retaliation case, United States Equal Employment Opportunity Commission v. Eagle United Truck Wash, LLC, Case No. 4:18-cv-01856, in the U.S. District Court for the Middle District of Pennsylvania after initially attempting to reach a pre-litigation settlement through its statutorily mandated conciliation process.

The EEOC brought the racial harassment and retaliation lawsuit on behalf of a former employee of Eagle Truck Wash, Peter Holmes (Holmes), pursuant to Title VII of the Civil Rights Act of 1964 (Title VII). Under Title VII, it is unlawful for employers to discriminate against employees on the basis of their race. Racial harassment is a form of race discrimination prohibited by Title VII. Title VII protects employees from retaliation when they complain about perceived racial discrimination or harassment in the workplace. In this article, our Citrus County, Florida racial harassment lawyers explain the EEOC’s allegations against Eagle Truck Wash and the Consent Decree.

Eagle Truck Wash operates commercial truck washing facilities at truck-stop locations around the United States. In January 2014, Holmes was hired as a truck washer at Eagle Truck Wash’s facility in Milton, Pennsylvania. Holmes was the only African-American employee at the Milton facility. The EEOC alleges that Holmes was subjected to a sustained campaign of racially harassing behavior by supervisors and co-workers throughout his employment. The racially abusive behavior, according to the EEOC, included directing racial slurs at Holmes, using racial slurs in causal conversations, and directing racial slurs at customers. The racial hostile work environment also included racist graffiti in the workplace.

The EEOC alleges that Holmes complained several times to his supervisor about the employees’ use of racially offensive language in the workplace. Despite Holmes’ complaints, Eagle Truck Wash failed to take prompt and effective remedial action to prevent the racial harassment from continuing. After Holmes complained to his supervisor about an incident where another supervisor introduced a new employee to Holmes by using a racial slur, Holmes’ supervisor fired him that same day.

The EEOC is the administrative agency of the United States responsible for interpreting and enforcing federal laws prohibiting employment discrimination, harassment, and retaliation. In enforcing the federal anti-discrimination laws, the EEOC is also authorized by federal law to bring lawsuits on behalf of victims of racial harassment and retaliation. In a press release issued by the EEOC on October 28, 2019 regarding the case, the Director of the EEOC’s Philadelphia District Office, Jamie R. Williamson, stated that “federal law gives workers in all industries the right to earn a living without being subjected to vile racial slurs and harassment.” Workers “also have the right to complain about unlawful harassment,” Mr. Williamson added, “without being fired in reprisal.”