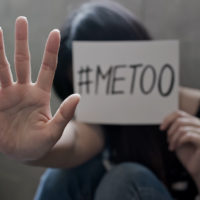 In a press release issued on July 26, 2019, the EEOC announced that it has entered into a Consent Decree to settle a sexual harassment and retaliation lawsuit against Rockdale Grocery, Inc., d/b/a Piggly Wiggly (Piggly Wiggly). On August 8, 2018, the EEOC filed the lawsuit, EEOC v. Rockdale Grocery, Inc., d/b/a Piggly Wiggly, Case No. 1:18-cv-3378, in the U.S. District Court for the Northern District of Georgia after initially attempting to reach a pre-litigation settlement through its statutorily mandated conciliation process. The EEOC brought the sexual harassment and retaliation lawsuit on behalf of two former employees of Piggly Wiggly, Cynthia Thompson (Thompson) and Megan Baker (Baker). In this article, our Citrus County, Florida sexual harassment lawyers explain the EEOC’s allegations against Piggly Wiggly and the Consent Decree.

The EEOC is the administrative agency of the United States responsible for interpreting and enforcing federal laws prohibiting employment discrimination, harassment, and retaliation. In enforcing the federal civil rights laws, the EEOC is also authorized by federal law to bring lawsuits on behalf of victims of sexual harassment. In a press release issued by the EEOC regarding the case, a Regional Attorney for the EEOC’s Atlanta District Office, Antonette Sewell, stated that “[c]ompanies must take sexual harassment complaints seriously and encourage victims of sexual harassment to come forward, instead of penalizing them for reporting the abuse.” The Director of the EEOC’s Atlanta District Office, Darrell Graham, added that “[n]o employee should ever have to endure a sexually degrading and humiliating work environment to make a living.”