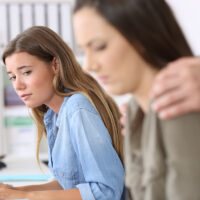 In a press release issued on November 22, 2019, the U.S. Equal Employment Opportunity Commission (EEOC) announced that it has entered into a Consent Decree to settle a sexual harassment lawsuit brought against Credle Enterprises, LLC (Credle). In 2018, the EEOC filed the case, U.S. Equal Employment Opportunity Commission v. Credle Enterprises, LLC, d/b/a McDonald’s, Case No. 5:18-cv-00238, in the U.S. District Court for the Northern District of Texas after initially attempting to reach a pre-litigation settlement through its statutorily mandated conciliation process.

The EEOC brought the sexual harassment lawsuit pursuant to VII of the Civil Rights Act of 1964 (Title VII) on behalf of eight female employees of Credle. Title VII prohibits sexual harassment that creates a hostile work environment. This happens when the workplace is permeated with discriminatory intimidation, ridicule, and insult that is sufficiently severe or pervasive to alter the conditions of the victim’s employment and create an abusive working environment. As explained by the U.S. Supreme Court in Meritor Sav. Bank v. Vinson, 477 U.S. 57 (1986), employees are not required to run a “gauntlet of sexual abuse in return for the privilege of being allowed to work and make a living.” In this article, our Ocala, Florida sexual harassment lawyers explain the EEOC’s allegations against Credle and the Consent Decree.

The EEOC is the administrative agency of the United States responsible for interpreting and enforcing federal laws prohibiting employment discrimination, including sexual harassment. In enforcing the federal civil rights laws, the EEOC is also authorized by federal law to bring lawsuits on behalf of sexual harassment victims. In a press release issued by the EEOC on November 22, 2019 regarding the case, a trial attorney for the EEOC, Meaghan Kuelbs, stated that “[t]his represents the best of all outcomes for the parties involved.” “Not only have the women who were subjected to the harassment been compensated for the harm they suffered,” Ms. Kuelbs added, “but the employer has committed itself to changing its workplace in a meaningful way so that current and future employees feel that they will be protected from this kind of inappropriate behavior.”