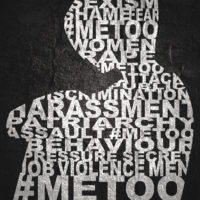 In a press release issued on June 20, 2019, the EEOC announced that it has entered into a Consent Decree to settle a sexual harassment and retaliation case filed by the EEOC against Alliance Ground International, LLC (Alliance). On September 27, 2018, the EEOC filed the lawsuit, EEOC v. Alliance Ground International, LLC, Case No. 18-cv-6598, in the U.S. District Court for the Northern District of Illinois after initially attempting to reach a pre-litigation settlement through its statutorily mandated conciliation process. The EEOC brought the lawsuit on behalf of an employee of Alliance, Nydia Josten (Josten), who allegedly was sexually harassed during her employment, and a former employee of Alliance, Filip Stroe (Stroe), who allegedly was retaliated against for speaking out for the sexual harassment victims. In this article, our Marion County, Florida employment law attorneys explain the EEOC’s allegations against Alliance.

Alliance performs cargo handling services for clients at airports throughout the U.S., including Chicago’s O’Hare International Airport. Josten and Stroe worked for Alliance at O’Hare. The EEOC claims that Josten and other female employees were subjected to unwanted sexually harassing behavior by their direct supervisor. The verbal and physical conduct of a sexual nature by the supervisor towards Josten and the other women included sexual touching and sexual remarks. The EEOC maintains that Alliance knew about the supervisor’s sexually harassing behavior because multiple complaints were made about his behavior. Despite having knowledge of the harassment, according to the EEOC, Alliance failed to take corrective action to prevent the harassment from continuing.

The EEOC further claims that Alliance violated Title VII by firing Stroe in retaliation for complaining about the supervisor’s sexual harassment of Josten and other female employees. According to the EEOC, Stroe complained to Alliance’s Human Resources Department that he had personally witnessed the supervisor sexually harassing multiple women. Two weeks after the complained about sexual harassment in the workplace, Alliance fired Stroe.

In the Consent Decree settling the lawsuit, which was signed by U.S. District Court Judge Charles R. Norgle on June 18, 2019, Alliance agreed to pay $135,000 to resolve the sexual harassment and retaliation case. In the Consent Decree, Alliance also agreed to amend its written policy against employment discrimination and harassment. The EEOC mandated that the amended policy must specifically prohibit all sexual harassment made unlawful by Title VII, inform employees that they are entitled to make complaints of unlawful discrimination or harassment to Alliance and the EEOC, inform employees that Alliance will thoroughly investigate all such complaints in good faith, and state that employees will not be subjected to retaliation if they make a complaint in good faith or participate in an investigation. The EEOC further required Alliance to provide training to employees on laws pertaining to employment discrimination and harassment, including sexual harassment and retaliation.

The EEOC is the administrative agency of the United States responsible for interpreting and enforcing federal laws prohibiting employment discrimination and retaliation. The EEOC is also authorized by federal law to bring lawsuits on behalf of victims of sexual harassment and retaliation. In a press release issued by the EEOC regarding the case, a Regional Attorney for the EEOC’s Chicago District Office, Gregory Gochanour, stated that “[w]hen an employer fails to address sex harassment and punishes witnesses who come forward, it allows harassers to deprive the victims of harassment of safety in their own workplace.”

Based in Ocala, Florida and representing employees throughout Central Florida, we have represented employment discrimination, harassment, and retaliation victims in hundreds of cases before the EEOC. If you have been retaliated against for complaining about an unlawful employment practice or have questions about speaking out against sexual harassment in the workplace, please contact our office for a free consultation with our Marion County, Florida employment law attorneys. Our employment and labor law attorneys take employment discrimination, harassment, and retaliation cases on a contingency fee basis. This means that there are no attorney’s fees incurred unless there is a recovery and our attorney’s fees come solely from the monetary award that you recover.