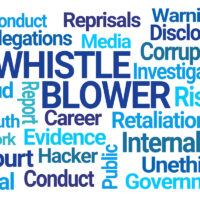 On July 13, 2020, the U.S. Equal Employment Opportunity Commission (EEOC) issued a press release announcing that it has filed a retaliation lawsuit against Woodlands Psychiatry and Counseling Company (Woodlands). On July 12, 2020, the EEOC filed the case, U.S. Equal Employment Opportunity Commission v. Woodlands Psychiatry and Counseling Company, Case No. 4:20-cv-02275, in the U.S. District Court for the Southern District of Texas after initially trying to resolve the case through its lawfully mandated conciliation process. Conciliation efforts proving futile, the EEOC moved forward with trying to correct the alleged unlawful employment practices through litigation.

The EEOC has brought the retaliation lawsuit pursuant to Title VII of the Civil Rights Act of 1964 (Title VII) on behalf of a former employee of Woodlands, Santa Batts (Batts). Under Title VII, employees are protected from retaliation when they complain about perceived discrimination on the basis of race, color, national origin, sex, or religion, including when they file a charge of discrimination with the EEOC alleging unlawful employment discrimination. The EEOC claims that Woodlands unlawfully retaliated against Batts in violation of Title VII by firing her because she filed a charge of discrimination with the EEOC.

On August 2, 2019, Batts came to the EEOC complaining of a retaliatory demotion following complaints she made the Woodlands’ Chief Nursing Officer, a man named Sutton. Batts told the EEOC that she was demoted from her position as Clinical Manager back to being a Licensed Chemical Dependency Counselor following her complaint to Sutton. Following an interview with Batts, the EEOC investigator drafted a charge of discrimination for her signature and electronically served the charge of discrimination upon Woodlands on August 2, 2019.

In the evening on August 2, 2019, Batts received a text message from the owner of Woodlands, Dr. Bishai, stating, “Please be advised that you are not allowed on the premises until further notice.” Batts inquired as to who the text message was meant for and “what is going on.” Bishai responded, “I received your case of discrimination by email now.” Batts responded, “Sir, this is in regard to my hours being cut and my demotion.” Bishai responded, “Mam [sic] my decision is final. You are not allowed on the premises from this minute and the staff are aware of this fact. They are instructed to call law enforcement if you attempt to access the premises. Thank you best of luck.”

The EEOC is the administrative agency of the United States responsible for interpreting and enforcing federal employment laws prohibiting discrimination, harassment, and retaliation. In enforcing the federal employment laws, the EEOC is also authorized by federal law to bring lawsuits on behalf of employees who have been retaliated against for complaining about discrimination in the workplace. In a press release issued by the EEOC on July 13, 2020 regarding the case, the Director of the EEOC’s Houston District Office, Rayford O. Irvin, explained that “federal law protects employees from retaliating against employees who file charges with the EEOC.” In commenting on the case, a regional attorney for the EEOC’s Houston District Office, Rudy Sustaita, stated that “employees should never be afraid to file charges with the EEOC” and “must remain confident that their rights will be protected.”

Based in Ocala, Florida and representing employees throughout Central Florida, our Marion County, Florida retaliation attorneys are dedicated to fighting for the rights of employees who have complained about perceived discrimination at work. If you have been fired in retaliation for complaining about unlawful employment practices or have questions about your protection against retaliation under the federal employment laws, please contact our office for a free consultation with our Ocala, Florida retaliation lawyers. Our employee rights law firm takes retaliation cases on a contingency fee basis. This means that there are no attorney’s fees incurred unless there is a recovery and our attorney’s fees come solely from the monetary award that you recover.