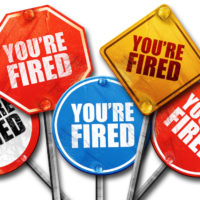 In a press release issued on April 22, 2019, the U.S. Equal Employment Opportunity Commission (EEOC) announced that it has entered into a Consent Decree to settle an age discrimination lawsuit filed by the EEOC against Atlas Energy Group, LLC (Atlas Energy). On June 14, 2017, the EEOC filed the lawsuit, U.S. Equal Employment Opportunity Commission v. Atlas Energy Group, LLC, Case No. 3:17-cv-1582, in the U.S. District Court for the Northern District of Texas after initially attempting to reach a pre-litigation settlement through its statutorily mandated conciliation process.

The EEOC is the administrative agency of the United States responsible for interpreting and enforcing federal laws prohibiting employment discrimination. In enforcing the federal anti-discrimination laws, the EEOC is also authorized by federal law to bring lawsuits on behalf of victims of employment discrimination. In a press release issued by the EEOC regarding the case, a Regional Attorney for the EEOC, Robert Canino, stated that “[c]asting off long-term employees—who could otherwise continue to be solid contributors—based on age alone is unlawful and unacceptable” Mr. Canino further stated that the “EEOC will continue to combat this practice.”