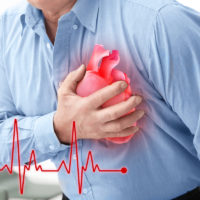 In a press release issued on May 22, 2019, the U.S. Equal Employment Opportunity Commission (EEOC) announced that it has entered into a Consent Decree to settle a disability discrimination lawsuit filed by the EEOC against Kaydon Corporation (Kaydon). In 2018, the EEOC filed the lawsuit, U.S. Equal Employment Opportunity Commission v. Kaydon Corporation, Case No. 3:18-cv-2641, in the U.S. District Court for the District of South Carolina after initially attempting to reach a pre-litigation settlement through its statutorily mandated conciliation process. The EEOC brought the disability discrimination lawsuit on behalf of a former employee of Kaydon, Larry Newsome (Newsome). In this article, our Alachua County, Florida employment discrimination lawyers explain the EEOC’s allegations against Kaydon and the Consent Decree.

Kaydon is a company based in Muskegon, Michigan that manufactures ball bearings for use in medical systems, industrial machinery, and semiconductors. In April 2017, Newsome began working for Kaydon at its facility in Sumter, South Carolina as a CNC Machine Operator. On May 3, 2017, Newsome suffered a heart attack. Newsome was hospitalized as a result of the heart attack and underwent surgery for the placement of two stents in his left anterior descending artery. On May 6, 2017, Newsome was discharged from the hospital.

The EEOC is the administrative agency of the United States responsible for interpreting and enforcing federal laws prohibiting employment discrimination. In enforcing the federal anti-discrimination laws, the EEOC is also authorized by federal law to bring lawsuits on behalf of victims of employment discrimination, including disability discrimination. In a press release issued by the EEOC regarding the case, a Regional Attorney for the EEOC’s Charlotte District Office, Lynette A. Barnes, stated that “[a]n employee who has suffered a heart attack has enough to deal with without having to face unlawful discrimination and unemployment.” Ms. Barnes added, the “EEOC is here to fight for the rights of people like Larry Newsome.”