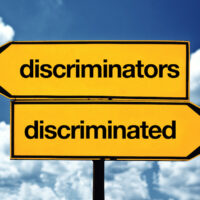 In a press release issued on December 5, 2019, the U.S. Equal Employment Opportunity Commission (EEOC) announced that it has entered into a Consent Decree to settle a disability discrimination lawsuit against Herbruck Poultry Ranch, Inc. (Herbruck). On March 1, 2019, the EEOC filed the case, U.S. Equal Employment Opportunity Commission v. Herbruck Poultry Ranch, Inc., Case No. 1:19-cv-00165, in the U.S. District Court for the Western District of Michigan after initially attempting to reach a pre-litigation settlement through its statutorily mandated conciliation process.

Herbruck is an egg producer based on Saranac, Michigan. On October 14, 2014, Herbruck hired Crooke as a line worker. Crooke suffers from a disability within the meaning of the ADA based on her health conditions of attention deficit disorder (ADD) and Tourette’s Syndrome. Crooke’s Tourette’s Syndrome manifests itself in head twitches, facial tics, uncontrolled head movements, humming, biting her tongue, and occasional swearing.

Throughout her employment, according to the EEOC, Crooke was harassed by her supervisor and co-workers because of her ADD and Tourette’s. The harassment of Crooke included calling her “Mindy Tourette’s,” “Gabby,” “Motormouth,” and “Wandering Wanda.” The EEOC further claims that these employees mocked Crooke’s Tourette’s symptoms by biting their tongues and making exaggerated head movements. The EEOC alleges that Crooke complained to her supervisor and a human resources representative about the disability-based harassment. After Crooke’s complaint, the supervisor intensified her mockery of Crooke, sped up the conveyer line, began to follow Crooke during bathroom breaks, began to time Crooke’s bathroom breaks, and berated Crooke for wasting time. The EEOC further alleges that the mockery from Crooke’s co-workers continued unabated.

On August 10, 2015, the supervisor followed Crooke into the bathroom and was waiting as she exited the stall.The supervisor began to shout that Crooke needed to sign a disciplinary write-up and started jabbing a finger in Crooke’s face. Crooke fled and reported the incident to the human resources representative. The human resources representative told Crooke that she could not be transferred to another position and nothing could be done to address her concerns until she returned to her shift. Because of the intolerable working conditions, Crooke resigned her employment that day.

The EEOC is the administrative agency of the United States responsible for interpreting and enforcing federal laws prohibiting employment discrimination, including disability discrimination. In enforcing the federal civil rights laws, the EEOC is also authorized by federal law to bring lawsuits on behalf of victims of disability discrimination. In a press release issued by the EEOC on December 5, 2019 regarding the case, a regional attorney for the EEOC, Dale Price, stated that the “revised policies and training provide meaningful protections for the employees of Herbruck from disability-based harassment.” “With this resolution,” Mr. Price added, “Herbruck has taken a positive step towards protecting the rights of disabled employees in the workplace.”

Based in Ocala, Florida and representing employees throughout Central Florida, our Alachua, Florida harassment attorneys have almost two decades of experience representing employment discrimination victims in cases before the EEOC. If you have experienced discriminatory harassment in the workplace or have questions about your protection from discriminatory harassment at work, please contact our office for a free consultation with our Alachua County, Florida harassment lawyers. Our employment and labor law attorneys take employment discrimination and harassment cases on a contingency fee basis. This means that there are no attorney’s fees incurred unless there is a recovery and our attorney’s fees come solely from the monetary award that you recover.