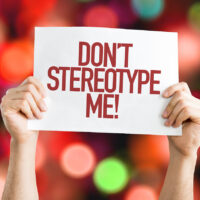 At the age of three, Kess became profoundly deaf in both ears due to an illness. Because his deafness substantially limits him in the major life activities of hearing and speaking, Kess has an actual disability within the meaning of the ADA. In June 2016, Kess applied for a job with Cracker Barrel as a dishwasher. Kess had extensive experience as a dishwasher and was qualified to perform the essential functions of the dishwasher position. The EEOC maintains that Cracker Barrel hires dishwashers on a continuous basis and had several dishwasher openings at the time of Kess’ application.

On June 13, 2016, Cracker Barrel scheduled Kess for an interview as a dishwasher at its restaurant in Linthicum Heights, Maryland. The interview was scheduled for June 16, 2016. Cracker Barrel scheduled Kess to interview with a manager named Trader. When Kess arrived for the interview on June 16, 2016, a manager met Kess in the front of the restaurant and told him that Trader was not there. The manager, the EEOC alleges, was “visibly uncomfortable interacting with Kess who was attempting to communicate with her through written notes.” The manager, according to the EEOC, would not write notes back to Kess but simply mouthed the words “she’s not here.”

The EEOC contends that it is Cracker Barrel’s policy that when a person arrives for a job interview, the interview is to be conducted by any manager available. The manager, however, did not interview Kess or even ask his name. The EEOC maintains that the manager dismissed Kess without informing him of Trader’s future availability or attempting to reschedule the interview. Cracker Barrel did not hire Kess for the dishwasher position. During the first three weeks of July 2016, according to the EEOC, Cracker Barrel hired three dishwashers who were not deaf to work at its Linthicum Heights, Maryland restaurant. The EEOC contends that Cracker Barrel did not hire Kess because he is deaf.

In a press release issued by the EEOC on February 5, 2021 regarding the case, the Director of the EEOC’s Philadelphia District Office, Jamie Williamson, explained that “this settlement should remind all employers that applicants, despite their disabilities, must be given the same opportunity to apply for and succeed in the workplace as non-disabled applicants.” “Hiring decisions,” Mr. Williamson added, “should be based on an individual’s qualifications and not because of a disability.” In commenting on the case, a regional attorney for the EEOC’s Philadelphia District Office, Debra M. Lawrence, stated that “this settlement should protect applicants and employees from disability discrimination.”