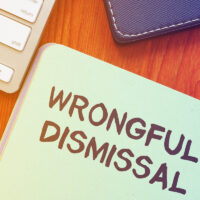 In a press release issued on June 29, 2020, the U.S. Equal Employment Opportunity Commission (EEOC) announced that it has entered into a Consent Decree to settle a disability discrimination lawsuit against Powerlink Management Services, LLC (Powerlink). On July 11, 2019, the EEOC filed the disability discrimination lawsuit, U.S. Equal Employment Opportunity Commission v. Powerlink Management Services, LLC, Case No. 2:19-cv-12055, in the U.S. District Court for the Eastern District of Michigan after initially trying to address the alleged unlawful employment practices through its conciliation process. Unable to reach an acceptable conciliation agreement, the EEOC moved forward with trying to remedy the alleged unlawful employment practices through litigation. In the Consent Decree, which was signed by U.S. District Court Judge Sean F. Cox on June 26, 2020, Powerlink agreed to pay $25,000 to resolve the disability discrimination lawsuit.

The EEOC filed the disability discrimination lawsuit pursuant to the Americans with Disabilities Act (ADA), as amended by the ADA Amendment Act of 2008, on behalf of a former employee of Powerlink, Arica Jones (Jones). Under the ADA, job applicants and employees are protected from discrimination on the basis of disability. The ADA also requires employers to reasonably accommodate disabled job applicants and employees. The EEOC claims that Powerlink unlawfully fired Jones because of her disability in violation of the ADA. In this article, our Marion County, Florida unlawful termination lawyers explain the EEOC’s allegations of unlawful termination against Powerlink.

Powerlink is a management and maintenance services company based in Detroit, Michigan. In November 2016, Jones applied to work for Powerlink as a housekeeper. According to the EEOC, Jones is deaf and thus an individual with a disability within the meaning of the ADA. On November 28, 2016, Jones was hired by Powerlink. The EEOC contends that Powerlink knew that Jones was deaf when it hired her.

The EEOC is the administrative agency of the United States responsible for interpreting and enforcing federal employment laws prohibiting employment discrimination, harassment, and retaliation. In endeavoring to comply with its Congressional mandate of eliminating unlawful employment discrimination, the EEOC is granted the authority under federal law to file lawsuits on behalf of job applicants and employees who have been discriminated against on the basis of disability. In a press release issued by the EEOC on June 29, 2020 regarding the case, a trail attorney for the EEOC’s Detroit Field Office, Nebra Campbell, explained that “failing to provide deaf applicants or employees a reasonable accommodation violates the ADA.”