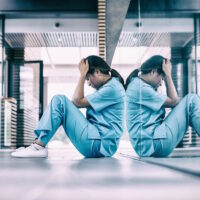 On December 2, 2020, the U.S. Equal Employment Opportunity Commission (EEOC) issued a press release announcing that it has entered into a Consent Decree settling a sex-based pay discrimination lawsuit against Edgewood Manor OPCO, LLC (Edgewood Manor). On September 19, 2019, the EEOC filed the case, U.S. Equal Employment Opportunity Commission v. Edgewood Manor OPCO, LLC,Case No. 4:19-cv-760, in the U.S. District Court for the Western District of Missouri. Before filing the lawsuit, the EEOC first tried to obtain a pre-litigation settlement through its voluntary conciliation process. Unable to settle the case through voluntary conciliation efforts, the EEOC exercised its statutory right to remedy the alleged discriminatory employment practices through litigation.

The EEOC is the administrative agency of the United States responsible for interpreting and enforcing federal labor laws which make discrimination, harassment, and retaliation unlawful employment practices. As part of its enforcement of employee rights under the federal labor laws, the EEOC brings lawsuits on behalf of employment discrimination victims, including unequal pay victims. In a press release issued by the EEOC on December 2, 2020 regarding the case, a Regional Attorney for the EEOC’s St. Louis District Office, Andrea G. Baron, stated that “equal pay for equal work is a straightforward principle that has been the law for almost 60 years.” “Employers cannot pay women less than men,” Ms. Baron explained, “for doing the same job.” In commenting on the case, the Director of the EEOC’s St. Louis District Office, Jack Vasquez, Jr., stated that “women continue to face barriers to equal pay” and that the “EEOC will vigorously enforce the EPA until pay discrimination based on sex is a thing of the past.”

Based in Ocala, Florida and representing employees throughout Central Florida, our Marion County, Florida attorneys for sex-based pay discrimination have litigated employment and labor law cases in Florida courts for more than twenty years. If you been paid less than men for doing the same job or have questions about your right to equal pay for equal work under the federal anti-discrimination laws, please contact our office for a free consultation with our Ocala, Florida lawyers sex-based pay discrimination. Our employment and labor law attorneys take employment discrimination cases on a contingency fee basis. This means that there are no attorney’s fees incurred unless there is a recovery and our attorney’s fees come solely from the monetary award that you recover.