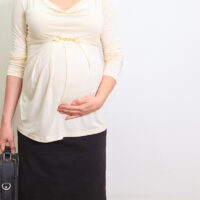 In a press release issued on October 17, 2019, the U.S. Equal Employment Opportunity Commission (EEOC) announced that it has entered into a Consent Decree to resolve a pregnancy discrimination lawsuit against Smiley Dental Walnut, PLLC (Smiley Dental). On September 25, 2018, the EEOC filed the pregnancy discrimination lawsuit, U.S. Equal Employment Opportunity Commission v. Smiley Dental Management Co., LLC and Smiley Dental Walnut, PLLC, Case No. 3:18-cv-02552, in the U.S. District Court for the Northern District of Texas after initially attempting to reach a pre-litigation settlement through its statutorily mandated conciliation process.

The EEOC brought the pregnancy discrimination lawsuit on behalf of a former employee of Smiley Dental, Jassmin Fernandez (Fernandez), pursuant to the Pregnancy Discrimination Act (PDA). The PDA prohibits employers from discriminating against employees on the basis of pregnancy, including childbirth and pregnancy-related medical conditions. The EEOC claims that Smiley Dental violated the PDA by firing Fernandez because of her pregnancy. In this article, our Gainesville, Florida employment discrimination lawyers explain the EEOC’s allegations against Smiley Dental and the Consent Decree.

In the Consent Decree settling the lawsuit, which was signed by U.S. District Court Judge Karen Gren Scholer on October 16, 2019, Smiley Dental agreed to pay Fernandez $20,000 to resolve the pregnancy discrimination lawsuit. In the Consent Decree, Smiley Dental also agreed to provide training to all employees on the federal anti-discrimination laws. Smiley Dental further agreed to impose discipline against any supervisor, manager, or human resources employee who is found to have engaged in illegal pregnancy discrimination or permitted any such conduct to occur among employees under his or her supervision.

The EEOC is the administrative agency of the United States responsible for interpreting and enforcing federal laws forbidding employment discrimination. In enforcing the federal civil rights laws, the EEOC is also authorized by federal law to bring lawsuits on behalf of victims of pregnancy discrimination. In a press release issued by the EEOC on October 17, 2019 regarding the case, a trial attorney for the EEOC’s Dallas District Office, Meaghan Kuelbs, stated that “it is important that employers understand that they cannot fire a woman at any stage of her employment simply because she is pregnant and will need maternity leave.” “Even a new employee,” Ms. Kuelbs added, “should feel comfortable telling her employer that she is pregnant without fear that such a disclosure will cause her to be fired.” In commenting on the case, an EEOC regional attorney, Robert Canino, explained that “education of employers to move past traditional assumptions about a pregnant employee’s perceived lack of value or productivity is key to preventing situations in which expectant mothers unfairly lose income at a time they may need it most.”