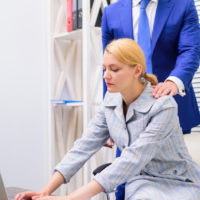 Having represented victims of a sexual hostile work environment for almost twenty years, our Marion County, Florida wrongful discharge attorneys have learned that sexual harassers often retaliate against employees who reject their sexual advances by firing them. Under Title VII of the Civil Rights Act of 1964 (Title VII), employees are protected from retaliation when they complain about perceived sexual harassment in the workplace. Title VII also protects employees from retaliation when they reject a sexual harasser’s sexual advances. As observed by the U.S. Ninth Circuit Court of Appeals in Nichols v. Frank, 42 F.3d 503 (9th Cir. 1994), “most workers subjected to sexual pressure in the workplace have little means of defense—other than the law,” because “for economic reasons, most workers cannot simply abandon their employment—new jobs are hard to find.” A sexual harassment lawsuit recently settled by the U.S. Equal Employment Opportunity Commission (EEOC) illustrates that Title VII protects victims of sexual harassment who refuse to submit to unwelcome sexual advances.

In a press release issued on July 19, 2019, the EEOC announced that it has entered into a Consent Decree to settle a sexual harassment and retaliation lawsuit filed by the EEOC against Blackwater Protection & Detective Agency, LLC (Blackwater). On September 24, 2018, the EEOC filed the lawsuit, EEOC v. Blackwater Protection & Detective Agency, LLC, Case No. 1:18-cv-23938, in the U.S. District Court for the Southern District of Florida after initially attempting to reach a pre-litigation settlement through its statutorily mandated conciliation process.

The EEOC brought the sexual harassment and retaliation lawsuit on behalf of a former employee of Blackwater, Malorie Martinez (Martinez). The EEOC claims that Martinez was subjected to a sexual hostile work environment in violation of Title VII. The EEOC further claims that Martinez was fired in retaliation for rejecting the sexual harasser’s sexual advances. In this article, our Marion County, Florida wrongful discharge attorneys explain the EEOC’s allegations against Blackwater and the Consent Decree.

On January 13, 2017, Blackwater hired Martinez to work as a front desk coordinator at its corporate headquarters in Miami, Florida. On January 19, 2017, Blackwater’s Chief Executive Officer (CEO), according to the EEOC, began subjecting Martinez to a sexual hostile work environment. The CEO’s unwanted sexually harassing behavior towards Martinez included sexual propositions, petting her hair, asking her to give him messages, asking her to spend time with him outside of work, and repeatedly calling her during non-work hours. On January 22, 2019, Martinez rejected the CEO’s sexual advances by telling him that she did not want to socialize with him outside of work and stating that she wanted to keep things “professional.” The day after Martinez rejected the CEO’s sexual advances, Blackwater fired Martinez. The reason given to Martinez for her termination was that her position was being eliminated for budget reasons.

In the Consent Decree settling the lawsuit, which was signed by U.S. District Court Judge Darrin P. Gayles on July 16, 2019, Blackwater agreed to pay Martinez $35,000 to resolve the sexual harassment and retaliation case. In the Consent Decree, the EEOC required Blackwater to create a policy specifically prohibiting sex discrimination, sexual harassment, and retaliation. The EEOC further mandated that the policy must specifically state that Blackwater will investigate complaints, employees who complain will be protected from retaliation, and employees who violate the policy are subject to discipline.

The EEOC is the administrative agency of the United States responsible for interpreting and enforcing federal laws prohibiting employment discrimination, harassment, and retaliation. In enforcing the federal civil rights laws, the EEOC is also authorized by federal law to bring lawsuits on behalf of victims of employment discrimination, harassment, and retaliation. In a press release issued by the EEOC regarding the case, the Director for the EEOC’s Miami District Office, Michael Farrell, stated that “[t]his settlement should send a message to owners, corporate officials, and upper-level managers who abuse their positions of power within a company.” “They are not above the laws prohibiting sexual harassment in the workplace,” Mr. Farrell added, “and the EEOC will always remain vigilant in its efforts to identify and correct such abuses.”

Based in Ocala, Florida and representing employees throughout Central Florida, our Marion County, Florida wrongful discharge lawyers have represented employment discrimination, harassment, and retaliation victims in hundreds of cases before the EEOC. If you have been wrongfully fired or have question about your protection against retaliation under the federal anti-discrimination laws, please contact our office for a free consultation with our Marion County, Florida wrongful discharge attorneys. Our employment law attorneys take wrongful discharge cases on a contingency fee basis. This means that there are no attorney’s fees incurred unless there is a recovery and our attorney’s fees come solely from the monetary award that you recover.