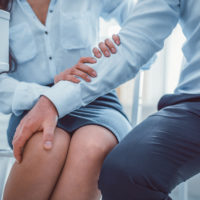 In a press release issued on June 17, 2019, the EEOC announced that it has entered into a Consent Decree to settle a sexual harassment lawsuit filed by the EEOC against SMX, LLC (SMX). On February 1, 2018, the EEOC filed the lawsuit, U.S. Equal Employment Opportunity Commission v. SMX, LLC, Case No. 2:18-cv-2058, in the U.S. District Court for Kansas after initially attempting to reach a pre-litigation settlement through its statutorily mandated conciliation process. The EEOC brought the sexual harassment lawsuit on behalf of a former employee of SMX, Jaurdai Walker (Walker). In this article, our Marion County, Florida sexual harassment lawyers explain the EEOC’s allegations against SMX and the Consent Decree.

In December 2014, Walker began working for SMX. In May 2015, SMX assigned Walker to work at Proctor & Gamble’s soap assembly line in Kansas City. The EEOC alleges that from the first day of her assignment at Proctor & Gamble, Walker was subjected to unwanted sexually harassing behavior by an Account Manager who was her supervisor. The Account Manager’s alleged sexual harassment of Walker included sexual remarks, sexual propositions, exposing his genitals, and quid pro quo harassment where she was promised job benefits if she submitted to his sexual demands.

The EEOC is the administrative agency of the United States responsible for interpreting and enforcing federal laws prohibiting employment discrimination, including sexual harassment. In enforcing the federal anti-harassment laws, the EEOC is also authorized by federal law to bring lawsuits on behalf of victims of sexual harassment. In a press release issued by the EEOC regarding the case, the Director of the EEOC’s St. Louis District Office, Jack Vasquez, Jr., stated that “[e]mployers need to understand that anti-harassment policies and procedures, however good in theory, must be vigorously applied and enforced to protect all employees.” “Unambiguous, comprehensive, and frequent training,” Mr. Vasquez added, “is crucial to prevent harassment and retaliation.”

Based in Ocala, Florida and representing employees throughout Central Florida, we have almost two decades of experience representing sexual harassment victims in cases before the EEOC. If you have been subjected to a sexually hostile work environment or have questions about the anti-harassment laws enforced by the EEOC, please contact our office for a free consultation with our Marion County, Florida sexual harassment attorneys. Our employment and labor law attorneys take sexual harassment cases on a contingency fee basis. This means that there are no attorney’s fees incurred unless there is a recovery and our attorney’s fees come solely from the monetary award that you recover.