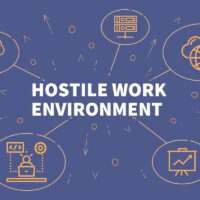 In a press release issued on December 4, 2019, the U.S. Equal Employment Opportunity Commission (EEOC) announced that it has entered into a Consent Decree to settle a sexual harassment lawsuit against Chipotle Mexican Grill, Inc. (Chipotle).On September 18, 2017, the EEOC filed the sexual harassment lawsuit, United States Equal Employment Opportunity Commission v. Chipotle Mexican Grill, Inc., Case No. 5:17-cv-05382, in the U.S. District Court for the Northern District of California after initially attempting to reach a pre-litigation settlement through its statutorily mandated conciliation process.

The EEOC brought the sexual harassment lawsuit pursuant to Title VII of the Civil Rights Act of 1964 (Title VII) on behalf of a former employee of Chipotle, Austin Melton (Melton). Title VII prohibits sexual harassment that creates a hostile work environment. This occurs when an employee is subjected to sexually harassing behavior that is sufficiently severe or pervasive to alter the conditions of his or her employment and create an abusive working environment. In Meritor Sav. Bank v. Vinson, 477 U.S. 57 (1986), the U.S. Supreme Court determined that employees are not required to run a “gauntlet of sexual abuse in return for the privilege of being allowed to work and make a living.” In this article, our Marion County, Florida sexual harassment lawyers explain the EEOC’s allegations against Chipotle and the Consent Decree.

In August 2012, Melton began working as a Service Manager at Chipotle’s restaurant in Cupertino, California. In April 2015, Melton was transferred to Chipotle’s restaurant in San Jose, California. After this transfer, according to the EEOC, Melton was subjected to a sustained campaign of sexually harassing behavior by the restaurant’s female General Manager. The unwanted physical conduct of a sexual nature by the General Manager towards Melton included slapping, groping, and grabbing Melton’s buttocks and groin area. The General Manager also made sexually charged comments to Melton, such as: “I’ll pay for sex,” “I want to watch you have sex with your girlfriend,” and “I want a threesome with you and your girlfriend.”

The EEOC is the administrative agency of the United States responsible for interpreting and enforcing federal laws prohibiting employment discrimination, including sexual harassment. In enforcing the federal anti-discrimination laws, the EEOC is also authorized by federal law to bring lawsuits on behalf of employees who were subjected to a sexual hostile work environment. In a press release issued by the EEOC on December 4, 2019 regarding the case, a trial attorney for the EEOC, James H. Baker, stated that “Austin [Melton] was simply trying to do his job, as he worked to support himself and his girlfriend.” “He faced conditions,” Mr. Baker added, “no employee should have to accept in exchange for a paycheck.”

Based in Ocala, Florida and representing employees throughout Central Florida, our Marion County Florida sexual harassment attorneys helping sexual harassment victims. If you have been subjected to a sexually hostile work environment or have questions about an employer’s obligation to protect you from sexually harassing behavior at work, please contact our office for a free consultation with our Marion County, Florida sexual harassment lawyers. Our employment law attorneys take sexual harassment cases on a contingency fee basis. This means that there are no attorney’s fees incurred unless there is a recovery and our attorney’s fees come solely from the monetary award that you recover.