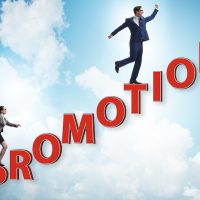 The EEOC brought the religious discrimination lawsuit under Title VII of the Civil Rights Act of 1964 (Title VII) on behalf of a former employee of APRS, a man named Harrington (Harrington). Title VII protects employees from discrimination on the basis of religion. Title VII defines the term “religion” broadly to include all aspects of religious observance and practice, as well as belief.

The EEOC contends that APRS discriminated against Harrington on the basis of religion in violation of Title VII when APRS failed to accommodate his religious beliefs, and then fired him for failing to comply with the fingerprinting requirement which conflicted with his religious beliefs.

In a press release issued on September 8, 2021 regarding the case, a regional attorney for the EEOC’s Chicago District Office, Gregory Gochanour, explained that “the law requires employers to consider accommodations to the religious beliefs and practices of their employees, and to provide an accommodation unless it presents an undue hardship.” In commenting on the case, the Director of the EEOC’s Chicago District Office, Julianne Bowman, observed that “under Title VII, employers are required to make reasonable adjustments to the work environment that will allow an employee to practice his or her religion.”